Com­bin­ing some of the lat­est break­throughs in tu­ber­cu­lo­sis re­search with some of the old­est treat­ment op­tions, the TB Al­liance has launched a piv­otal tri­al to test how well their four-drug reg­i­men can treat tu­ber­cu­lo­sis in light of grow­ing re­sis­tance to cur­rent ther­a­pies. 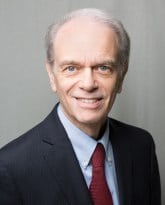 Dubbed Sim­plic­iTB, the tri­al will be con­duct­ed among 450 pa­tients across Africa, Asia, Eu­rope and Latin Amer­i­ca, with the first pa­tient al­ready en­rolled in Tbil­isi, Geor­gia.

“As re­sis­tance to cur­rent TB treat­ments con­tin­ues to grow, we need to in­tro­duce all-oral drug reg­i­mens that can treat every per­son with TB in six months or less, re­gard­less of their re­sis­tance pro­file,” said Mel Spigel­man, pres­i­dent and CEO of TB Al­liance. “If proven suc­cess­ful in Sim­plic­iTB, the BPaMZ reg­i­men would rep­re­sent a ma­jor step to­ward this goal.”

Tu­ber­cu­lo­sis is among the fa­tal ail­ments that con­tin­ue to af­flict low-in­come coun­tries but re­ceive lit­tle R&D ac­tion. Non-prof­its have large­ly been pick­ing up the charge; the Gates Foun­da­tion has made it one of its pri­or­i­ties by back­ing in­fec­tious dis­ease start­up Vir and, re­cent­ly, set­ting up a biotech-like in­sti­tute to test a tu­ber­cu­lo­sis pre­ven­tion pro­gram it­self.