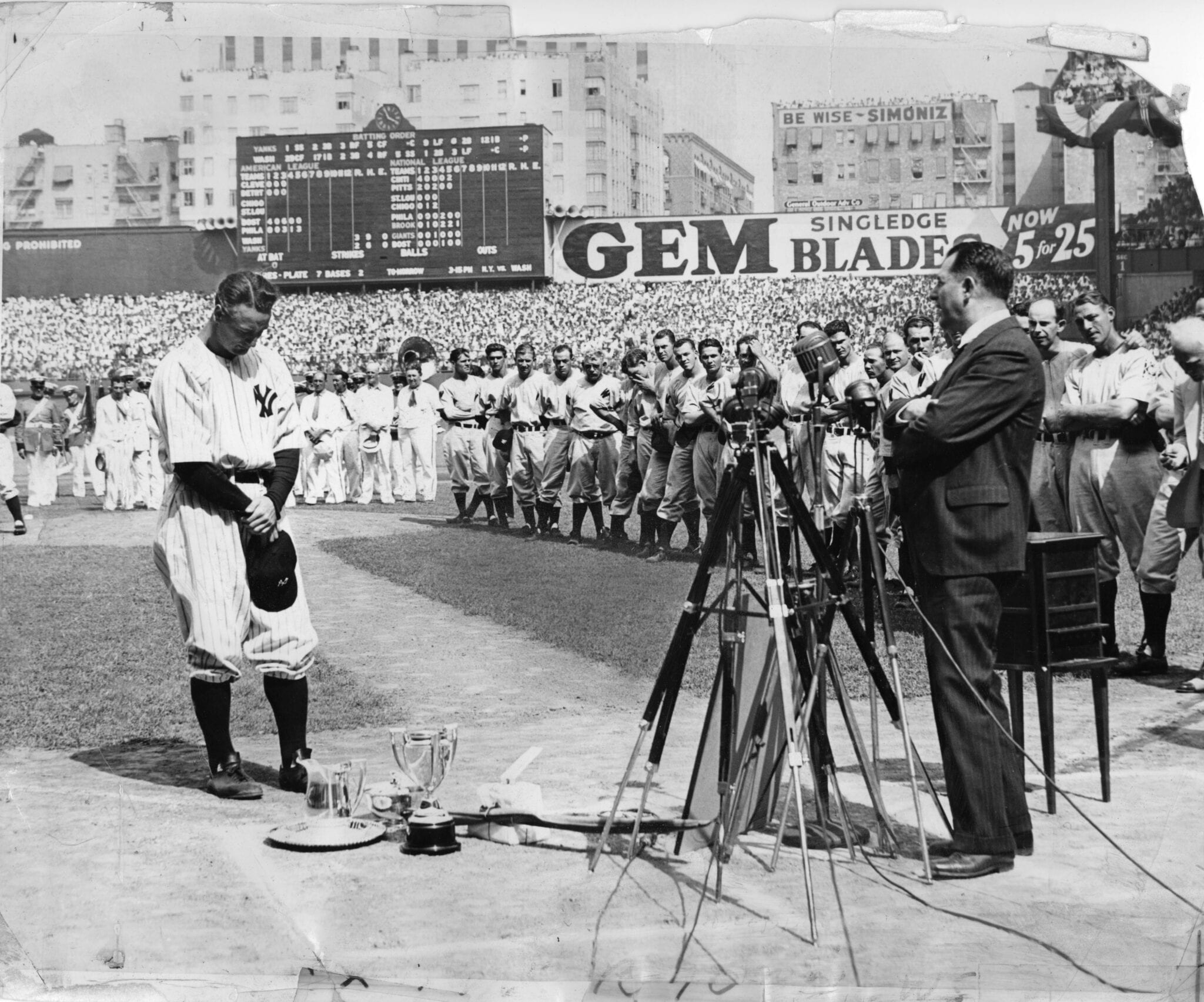 Lou Gehrig gives his farewell speech after being diagnosed with ALS in 1939. Major League Baseball is honoring the slugger Wednesday with the first-ever Lou Gehrig Day. (Credit: Getty Images)
June 2, 2021 07:04 AM EDTUpdated 09:32 AM
R&D
In Focus

A sim­ple pa­tient sur­vey rev­o­lu­tion­ized ALS drug de­vel­op­ment in the 1990s. Its cre­ator says it may be time for an up­grade

It’s been another tough year for ALS therapies. New trials that sparked patient hopes either fell short of statistical significance or failed to provide enough evidence for the FDA to recommend moving forward without another look. The end result is largely more of the same for patients — little progress in a fatal disease with only two approved treatments.

That frustrating slog has stirred passionate debate within the patient and advocacy communities, largely around things like trial design, compassionate use programs or even what the bar for approval should be. Long overlooked in those discussions, however, is a tool used to evaluate every ALS therapy that’s drawing increasing scrutiny.

At first, in the 1990s, this tool changed the landscape in a big way. A group of ALS researchers led by then-Regeneron exec Jesse Cedarbaum came together to develop a rating scale to measure how quickly the disease progresses, and whether experimental drugs could affect it meaningfully. Known as the ALS Functional Rating Scale, later revised in 1999, this scale has become one of the primary methods biopharmas have used to try to develop ALS drugs over the last 25 to 30 years, and is seen by the FDA as a highly useful tool when evaluating whether or not the experimental drugs actually work.

But there’s been exasperation within the ALS patient community over the scale itself, particularly given the heterogeneous nature of the disease. Because the disease can manifest in a variety of ways, two patients can be measured at exactly the same point of progression while presenting completely different symptoms. There are also complaints over the lack of granularity in some aspects of the ALSFRS-R, with patients and some researchers describing how the scale may not accurately portray how quickly some patients’ diseases progress in some cases.

And now Cedarbaum, too, says it may be time to produce a more modern version of the scale.

A sim­ple pa­tient sur­vey rev­o­lu­tion­ized ALS drug de­vel­op­ment in the 1990s. Its cre­ator says it may be time for an up­grade