“Pro­duc­tion is a re­al bot­tle­neck in the mar­ket, and we will of­fer a full ser­vice at a very com­pet­i­tive cost of goods to our part­ners. This will high­ly ben­e­fit pa­tients around the world who are in need of gene ther­a­py prod­ucts,” CEO Javier Gar­cía Co­gor­ro said in a press re­lease. 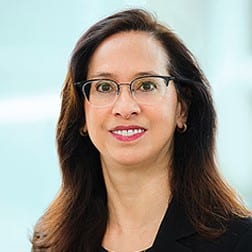 “De­mand for safe, re­li­able gene ther­a­py man­u­fac­tur­ing ca­pa­bil­i­ties is grow­ing as more com­pa­nies en­ter the gene ther­a­py space,” said Sheila Mikhail, co-Founder and CEO of AskBio, said in a press re­lease. “Vi­ral­gen plays a crit­i­cal role to AskBio and the in­dus­try by pro­vid­ing safe, re­li­able AAV vec­tors for clin­i­cal and com­mer­cial use, and this ex­pan­sion al­lows the high­ly skilled Vi­ral­gen team to max­i­mize those ef­forts.”