Mer­ck and Bris­tol-My­ers Squibb aren’t the on­ly big play­ers look­ing to make a splash in front­line lung can­cer. Roche is al­so look­ing to el­bow in, and it’s of­fered up a look at some ad­di­tion­al IM­pow­er150 da­ta at AACR to back up their shot. 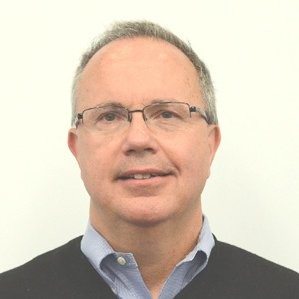 We al­ready know that Roche ex­ecs gave a pre­lim­i­nary thumbs up for its piv­otal IM­pow­er150 tri­al, study­ing a com­bi­na­tion of Tecen­triq, Avastin and chemo in front­line non­squa­mous non-small cell lung can­cer and hit­ting a haz­ard ra­tio of 0.62 for the full group of pa­tients in the study. Pro­gres­sion Free Sur­vival in the main group was a me­di­an 8.3 months com­pared to 6.8 months in the con­trol, a mar­gin­al gain which isn’t like­ly to stir much ex­cite­ment.

Those kinds of num­bers in these par­tic­u­lar sub­groups are huge­ly im­por­tant, says Alan San­dler, glob­al head of the lung can­cer fran­chise at Genen­tech, as this is the first time in­ves­ti­ga­tors are get­ting a close look at these pa­tients’ re­sponse.

San­dler al­so not­ed that they saw pos­i­tive re­sults for both low and high PD-L1 ex­pressers, un­der­scor­ing a trend where the high ex­pressers are like­ly to see an en­hanced ben­e­fit from lung can­cer com­bos, with low ex­pressers still gain­ing a sig­nif­i­cant re­sponse as well.

I talked to San­dler ahead of the post­ing at AACR. One ob­jec­tion that’s been raised to the three-drug reg­i­men is that it adds a cost­ly ther­a­py to the mix. But he doesn’t think that price will be a bar­ri­er to fu­ture use.

There are al­so plen­ty of ways that a price on a par­tic­u­lar com­bi­na­tion can be worked so that there isn’t nec­es­sar­i­ly a cost hur­dle to over­come, he adds.

Roche still has fur­ther to go in col­lect­ing more ma­ture sur­vival da­ta from the study. That will ar­rive at a fu­ture con­fer­ence. But they’re in the mix to­day, even as Mer­ck steals the show with its Keytru­da/chemo com­bo.