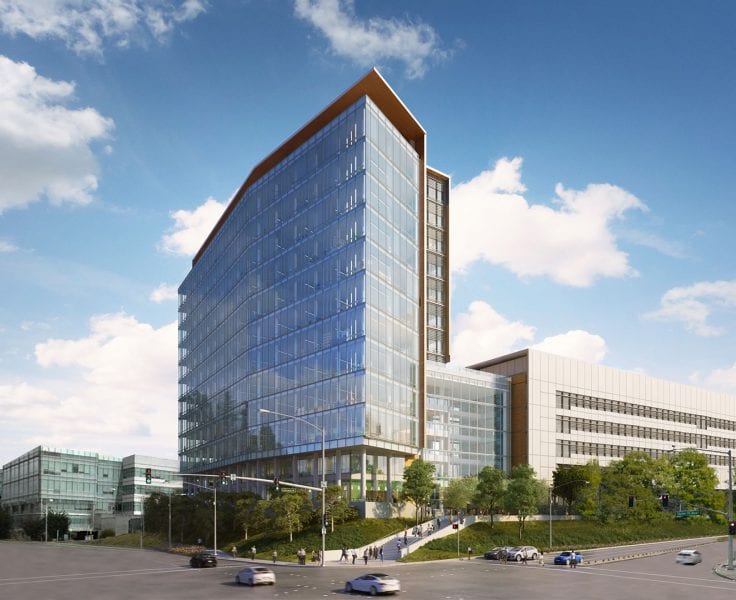 Ab­b­Vie has signed on to be the first ten­ant of a mas­sive new re­search cen­ter in Oys­ter Point, join­ing a flock of bio­phar­ma peers that’s set up shop in the in­creas­ing­ly pop­u­lar South San Fran­cis­co neigh­bor­hood.

“This fu­ture fa­cil­i­ty will al­so fur­ther strength­en our pres­ence in the Bay Area and bring to­geth­er our cur­rent three sites to im­prove col­lab­o­ra­tion and help us grow Ab­b­Vie’s on­col­o­gy sci­ence, re­search, in­no­va­tion and pa­tient care am­bi­tions,” he writes in an email.

Big names and fledg­ling biotechs alike have tak­en a lik­ing to the R&D hub in San Fran­cis­co, with Oys­ter Point in par­tic­u­lar buzzing with new oc­cu­pants. Sang­amo un­veiled plans to build a new HQ right on a ma­ri­na late last year, while As­traZeneca is bring­ing staffers from var­i­ous biotechs it ac­quired to­geth­er at its Cove at Oys­ter Point site.

“The core of Ab­b­Vie’s ini­tia­tive is fo­cused on the tal­ent, in­no­va­tion and cul­ture in the Bay Area,” Di­no Per­az­zo, a rep­re­sen­ta­tive of Ab­b­vie from re­al es­tate bro­ker­age CBRE’s life sci­ence prac­tice, told the San Fran­cis­co Busi­ness Times. “Theirs is the first of what will like­ly be many phar­ma ini­tia­tives com­ing to the Bay Area in the near fu­ture.”