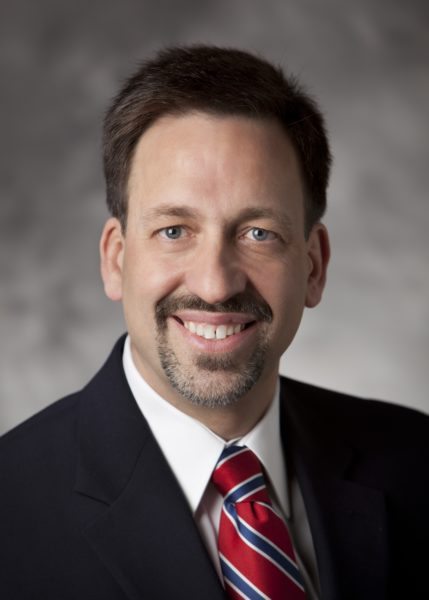 Ab­b­Vie is rolling out the Phase III da­ta it will de­liv­er to the FDA lat­er this year in search of a block­buster ap­proval for elagolix, a top late-stage prospect in their pipeline aimed at crip­pling bouts of en­dometrio­sis. And the in­ves­ti­ga­tors in the study have put some sol­id da­ta on dis­play at the 13th World Con­gress on En­dometrio­sis in Van­cou­ver this af­ter­noon.

“That’s ex­act­ly what I would have ex­pect­ed,” lead in­ves­ti­ga­tor Hugh Tay­lor tells me. With reg­u­lar men­stru­al pain women are more like­ly to bet­ter gauge the drug’s im­pact, while non­men­tru­al pelvic pain can be more vari­able and there­fore more like­ly to leave it­self open to the kind of place­bo re­sponse that many pain drug stud­ies are sus­cep­ti­ble to.

“It’s not well rec­og­nized,” he says, “usu­al treat­ed (ini­tial­ly) with oral con­tra­cep­tives, which of­ten don’t work or on­ly par­tial­ly, with side ef­fects…. Hav­ing new op­tions will bring an uptick in recog­ni­tion.” And with added recog­ni­tion, he adds, you can ex­pect to find more docs us­ing elagolix.

Right now the gen­er­al con­sen­sus in the med­ical com­mu­ni­ty is that about 5% to 10% of women in their re­pro­duc­tive years suf­fer from dis­abling bouts of this ail­ment.

An­oth­er late-stage pro­gram for elagolix has been un­der­way for uter­ine fi­broids, which an­a­lysts be­lieve will like­ly be an­nounced in Q3. The cur­rent study for en­dometrio­sis is be­ing pub­lished in the New Eng­land Jour­nal of Med­i­cine.

Ab­b­Vie has been mov­ing sys­tem­at­i­cal­ly to­ward fil­ing the drugs, de­clar­ing its sec­ond Phase III suc­cess for this drug more than a year ago. A spokesper­son for the com­pa­ny says the fil­ing will come lat­er this year. And some an­a­lysts fol­low­ing the com­pa­ny have tapped it as a drug like­ly to earn more than a bil­lion dol­lars a year, mark­ing it as a sig­nif­i­cant part of Ab­b­Vie’s mul­ti-bil­lion dol­lar ef­fort to pre­pare for a day when Hu­mi­ra will no longer be able to de­liv­er the bulk of its rev­enue.