Al­ready on the fast pri­or­i­ty track at the FDA with their ap­pli­ca­tion to start sell­ing elagolix for en­dometrio­sis, Ab­b­Vie $AB­BV said to­day that the drug al­so came through with fly­ing col­ors in the first of two piv­otal tri­als for uter­ine fi­broids.

This drug has al­ready been tapped as a like­ly block­buster for Ab­b­Vie, one of sev­er­al top drugs in its late-stage pipeline as the com­pa­ny looks to add to a com­mer­cial port­fo­lio dom­i­nat­ed by Hu­mi­ra. 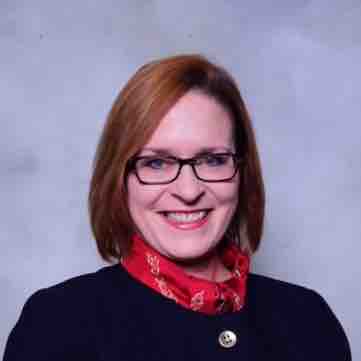 In this study, re­searchers say that they tracked a clin­i­cal re­sponse rate of 68.5% in the drug arm com­pared to on­ly 8.7% in the place­bo group. Com­mon­place among women by the age of 50, symp­toms in­clude heavy men­stru­al bleed­ing, ane­mia and painful pe­ri­ods.

Ab­b­Vie is al­ready look­ing at a Q2 de­ci­sion from the FDA on en­dometrio­sis, and the com­pa­ny looks ready to start hunt­ing a fol­lowup ap­proval once they gath­er da­ta from the sec­ond Phase III study. Ab­b­Vie got this drug in a $575 mil­lion deal it struck in 2010 with Neu­ro­crine $NBIX, which stands to earn a roy­al­ty pay­out on an ap­proval.

Ab­b­Vie isn’t the on­ly com­pa­ny in the clin­ic with a drug for uter­ine fi­broids, though. My­ovant $MY­OV, one of the biotechs launched by Vivek Ra­maswamy, is pur­su­ing work on their own drug — re­l­u­golix — af­ter do­ing a part­ner­ship with Take­da. But it will have to dif­fer­en­ti­ate it­self from Ab­b­Vie’s drug.

“The re­sults from this study rep­re­sent a sig­nif­i­cant ad­vance­ment in the de­vel­op­ment of elagolix and demon­strate our con­tin­ued com­mit­ment to ad­dress se­ri­ous dis­ease,” said Dawn Carl­son, Ab­b­Vie’s vice pres­i­dent, gen­er­al med­i­cine de­vel­op­ment.