Re­searchers for Ab­b­Vie have de­tailed their da­ta from a pair of Phase III uter­ine fi­broid stud­ies for Orilis­sa which they ex­pect will push them to their sec­ond big OK for a drug wide­ly viewed as a block­buster-in-wait­ing.

Rough­ly half of the women in the stud­ies achieved an ab­sence of bleed­ing or spot­ting in the last month of the 6-month tri­al. The drug was in-li­censed from Neu­ro­crine, which re­mains a close part­ner to Ab­b­Vie. 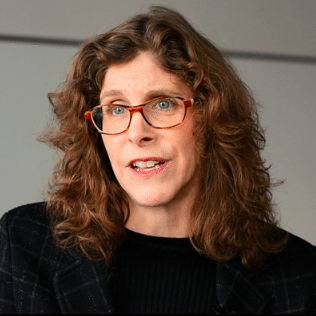 Ab­b­Vie had al­ready her­ald­ed its suc­cess for the study, and they are like­ly to get a new round of en­dorse­ments from an­a­lysts who look for this drug to break the $1 bil­lion mark on peak sales. Ja­mi Ru­bin, the promi­nent Gold­man an­a­lyst, has of­fered her thumbs up for a suc­cess sto­ry with more than $2 bil­lion in an­nu­al sales by 2025 — match­ing man­age­ment’s bull­ish take.

Com­pa­ny ex­ecs say they’ll make their pitch to reg­u­la­tors in the mid­dle of next year.

Al­ler­gan had high hopes of beat­ing Ab­b­Vie to the mar­ket with their ri­val drug, ulipristal ac­etate. But ev­i­dence of liv­er dam­age in pa­tients tak­ing the drug in Eu­rope scut­tled their ini­tial pitch, forc­ing re­searchers back to the draw­ing board. My­ovant $MY­OV, one of the biotechs launched by Vivek Ra­maswamy, is pur­su­ing work on their own drug — re­l­u­golix — af­ter do­ing a part­ner­ship with Take­da. But it will have to dif­fer­en­ti­ate it­self from Ab­b­Vie’s drug.