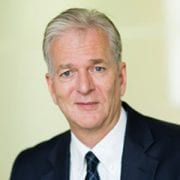 With re­newed en­thu­si­asm lat­er that month, Aca­cia’s con­tract man­u­fac­tur­er had agreed to “in­sti­tute a cor­rec­tive and pre­ven­tive ac­tion plan that will rec­ti­fy the de­fi­cien­cy iden­ti­fied as quick­ly as pos­si­ble. We con­tin­ue to plan for a launch in the first half of 2019,” Aca­cia chief Ju­lian Gilbert said in a state­ment.

Aca­cia then re­sub­mit­ted its mar­ket­ing ap­pli­ca­tion in De­cem­ber, in­di­cat­ing that the FDA’s con­cerns out­lined in the com­plete re­sponse let­ter had been re­solved. But in May 2019, the com­pa­ny re­ceived an­oth­er re­jec­tion, with the FDA flag­ging the same con­cerns.

“We are on track to com­plete the qual­i­fi­ca­tion of an al­ter­na­tive sup­pli­er of amisul­pride and plan to en­gage with FDA as soon as pos­si­ble to de­ter­mine the most rapid route to ob­tain­ing ap­proval,” Gilbert said in a state­ment at the time.

Now with the ap­proval in tow, Aca­cia said it ex­pects to launch the ther­a­py in the sec­ond half of this year.