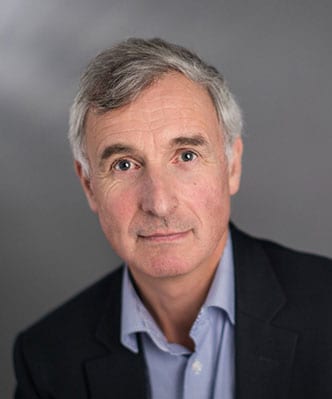 The funds will set the on­col­o­gy com­pa­ny up with “a strong bal­ance sheet to fund prepa­ra­tions for a po­ten­tial Bi­o­log­ic Li­cense Ap­pli­ca­tion (BLA) for AD­CT-402 (lon­cas­tux­imab tesirine) in re­lapsed or re­frac­to­ry dif­fuse large B-cell lym­phoma (DL­B­CL) in the sec­ond half of 2020, as well as prepa­ra­tions for a piv­otal Phase II tri­al of AD­CT-301 (cami­dan­lum­ab tesirine) in Hodgkin lym­phoma based on our re­cent end of Phase I meet­ing with the U.S. Food and Drug Ad­min­is­tra­tion,” said ADC chief Chris Mar­tin, in a state­ment on Wednes­day.

Mar­tin served as one of the orig­i­nal board mem­bers at ADC back in 2011 when the biotech was launched. In 2013, he en­gi­neered the sale of UK’s Spirogen — where he was CEO — to As­traZeneca in a $440 mil­lion deal, which the British drug­mak­er paired with a $20 mil­lion in­vest­ment in ADC. ADC and Spirogen al­so share the pyrroloben­zo­di­azepine-based war­head tech­nol­o­gy.

The com­pa­ny — which has a work­force of 120 and op­er­a­tions in Lon­don, New Jer­sey and San Fran­cis­co — an IPO is al­so on the cards, Mar­tin told End­points News.