Af­ter stick­ing it out through a par­tial hold and ear­li­er clin­i­cal tri­al set­backs, Aduro $ADRO is fi­nal­ly wash­ing its hands of a can­cer vac­cine that rep­re­sent­ed its most ad­vanced clin­i­cal pro­gram.

About 18 months af­ter a com­bi­na­tion of GVAX and CRS-207 missed the mark on pan­cre­at­ic can­cer, com­pared to chemo, the Berke­ley, CA-based biotech is throw­ing in the tri­al on CRS-207, which the biotech had held on to in or­der to pur­sue some clin­i­cal ev­i­dence of ef­fi­ca­cy. 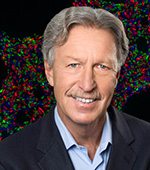 The ex­ec­u­tive team says they looked over the da­ta from its mesothe­lioma and ovar­i­an stud­ies and de­cid­ed to halt all three of its de­vel­op­ment pro­grams for the vac­cine.

This is just the lat­est in a long line of fail­ures by a can­cer vac­cine. While some next-gen ef­forts promise to do bet­ter, or will try to, the first gen­er­a­tion proved too weak to have any kind of sig­nif­i­cant im­pact on can­cer pro­gres­sion. Now the fo­cus has shift­ed to neoanti­gens and oth­er I/O strate­gies. And Aduro has been do­ing some re­think­ing as well.

CEO Stephen Isaacs had this to say: