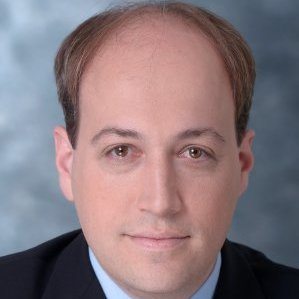 You can turn out the lights at Al­co­bra. The par­ty is over, and it end­ed bad­ly.

This morn­ing the Is­raeli biotech $AD­HD re­vealed that its Phase III study of MDX flopped. The drug failed to dis­tin­guish it­self from a place­bo, and the com­pa­ny will now start con­sid­er­ing the strate­gic op­tions left to it as a re­sult.

There won’t be many op­tions to choose from. MDX was its on­ly drug in the clin­ic and in a con­fer­ence call with in­vestors ex­ecs told an­a­lysts that they are end­ing work on the pro­gram.

“In the com­ing weeks, the Com­pa­ny in­tends to re­view the full da­ta set from MEA­SURE. Con­se­quent­ly, we will eval­u­ate our op­tions and com­mu­ni­cate our strate­gic plan to in­vestors,” stat­ed Dr. Yaron Daniely, the CEO of Al­co­bra.

This drug has been a chron­ic dis­ap­point­ment over the years. In one study the da­ta had to be con­sid­er­ably teased be­fore it could be squeezed in­to a pos­i­tive pro­file, which re­searchers helped by drop­ping some of the place­bo re­spons­es they record­ed. The FDA put the drug on a clin­i­cal hold last fall, chang­ing it to a par­tial a few days ago and al­low­ing a look at the da­ta gath­ered so far. A Phase II fail­ure in 2015 — ac­knowl­edged on­ly af­ter a care­ful read­out on safe­ty — helped raise the odds against suc­cess.

Al­co­bra went in­to this round as a wel­ter weight biotech, its mar­ket cap down to a mere $52 mil­lion.

Pfizer has joined the list companies helping Gilead manufacture remdesivir. The pharma giant announced today they signed a multi-year agreement to provide Gilead with contract manufacturing services at their McPherson, Kansas plant. The deal is part of a broad effort by Gilead to scale up the drug, the only currently authorized therapy for Covid-19, to 2 million doses this year.

That effort now includes 40 different companies on 3 continents, according to a press release the biotech put out yesterday, not including the generic drugmakers the company has allowed to produce the anti-viral for low and middle-income countries. Dozens of state governments, though, have said those efforts have not been extensive enough to keep up with demand and have called upon the federal government to sidestep Gielad’s patents and begin scaling the drug itself.  – Jason Mast