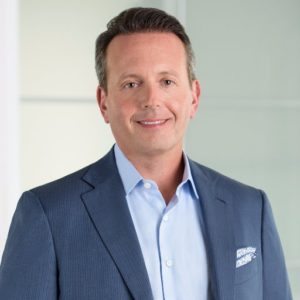 This new deal adds Akar­na’s lead ther­a­py, one of its non-bile acid FXR ag­o­nists dubbed AKN-083. And there are more pre­clin­i­cal FXR ther­a­pies in the works that will now be fed in­to Al­ler­gan’s overnight R&D ex­pan­sion. Akar­na an­nounced a mod­est $15 mil­lion B round back in Feb­ru­ary.

Akar­na is fo­cused on a nu­clear hor­mone re­cep­tor ex­pressed in the liv­er, which many be­lieve is the kind of mas­ter reg­u­la­tor that can be used to treat NASH, a fat­ty liv­er dis­ease that’s grow­ing rapid­ly. In­ter­cept’s $ICPT Ocali­va, ap­proved in the US, tar­gets FXR. Gilead’s $GILD ex­per­i­men­tal GS-9674 is al­so a play­er. Al­ler­gan will now set out to try and beat them both in up­com­ing clin­i­cal stud­ies.

Al­ler­gan an­nounced this morn­ing that it had agreed to pay To­bi­ra’s in­vestors six times what their stock was worth at the close of busi­ness on Mon­day. That deal de­liv­ered two drugs, in­clud­ing ceni­crivi­roc, which flunked a Phase IIb study for NASH in Ju­ly. The South San Fran­cis­co-based biotech, though, said it got enough pos­i­tive da­ta on a sec­ondary end­point to war­rant a move in­to a piv­otal Phase III pro­gram.

Al­ler­gan CEO Brent Saun­ders has said he plans a se­ries of step­ping stone deals to beef up the pipeline, with new deals rang­ing from Phase I through late-stage de­vel­op­ment. He’s not wait­ing around to sa­vor each one, in­stead choos­ing to leap from one to the next. Al­ler­gan ac­quired Vi­tae just a few days ago, and more deals are clear­ly in the works.