Al­ler­gan’s $560 mil­lion deal to buy Nau­rex has led it straight down a blind al­ley for de­pres­sion drugs, where it’s been mugged by a de­ci­sive set of failed late-stage da­ta.

Brent Saun­ders’ biotech $AGN an­nounced af­ter the mar­ket closed that ra­pastinel had flunked the big set of Phase III stud­ies used to test the drug for ma­jor de­pres­sion. Topline re­sults from 3 Phase III tri­als along with a late-stage test on re­laps­es proved con­clu­sive­ly that the drug had none of its in­tend­ed ef­fects — ei­ther on the pri­ma­ry or sec­ondary end­points.

While de­pres­sion has proved one of the tough­est fields in bio­phar­ma, re­cent­ly de­feat­ing Alk­er­mes $ALKS in its own late-stage show­down, this marks a par­tic­u­lar­ly bit­ter pas­sage for Al­ler­gan, which has had a year full of set­backs that has blown up its share price and blis­tered the CEO as its crit­ics gained force. 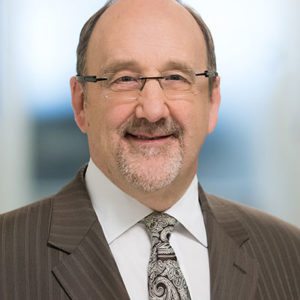 Al­ler­gan R&D chief David Nichol­son said he was “deeply dis­ap­point­ed” and added: “We will eval­u­ate the im­pact of these da­ta on the on­go­ing monother­a­py MDD pro­gram and sui­ci­dal­i­ty in MDD study. We ex­pect to make a de­ci­sion on these pro­grams dur­ing the course of 2019.”

It’s not look­ing good. Al­ler­gan’s shares were trad­ing near their high of $331 when they bought Nau­rex. Its shares slid 4% to $132 af­ter the bell rang and the news hit.

Nau­rex ex­ecs had built up hopes for this NM­DA drug, as­sert­ing its be­lief that it had found just the right way to mod­u­late the tar­get af­ter years of tri­al and er­ror. They lat­er spun out Aptinyx $AP­TX fol­low­ing the deal, then marked their own fail­ure weeks ago, which crip­pled its stock.