The com­pa­nies have now dubbed the drug Aimovig, with piv­otal da­ta from 2,600 pa­tients.

This is like­ly go­ing to be quite a crowd­ed field, though, with a line­up of de­vel­op­ers po­si­tion­ing their own late-stage prod­ucts for the last leg of the race through the agency. And the da­ta so far in­di­cate that sev­er­al of these new drugs will look a lot alike. 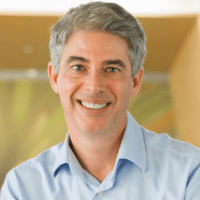 Te­va re­cent­ly lined up a 1.5-day ad­van­tage for fre­manezum­ab, re­duc­ing mi­graine days by a sig­nif­i­cant mar­gin over place­bo and putting it in a mix of re­sults post­ed that tends to hov­er around the 2-day mark. And it has re­sults for month­ly and quar­ter­ly dos­ing. Re­searchers are al­ways quick to protest any tri­al com­par­isons that aren’t head-to-head, and pa­tient pop­u­la­tions and dos­ing aren’t an even match in the stud­ies. But pay­ers will al­so be ex­pect­ed to con­sid­er Eli Lil­ly’s 2-day ad­van­tage, or a Phase III out­come for Am­gen and No­var­tis that was quite sim­i­lar to Alder’s for 70 mg erenum­ab, the ther­a­py that is the fur­thest out front. Al­ler­gan al­so has high hopes for its oral ther­a­py in-li­censed from Mer­ck for $250 mil­lion up­front.

Am­gen R&D chief Sean Harp­er has been frank about how their drug lines up with the com­pe­ti­tion, with­out much to sep­a­rate the lead­ers. That makes first mover ad­van­tage all the more im­por­tant. De­ci­sion Re­sources has es­ti­mat­ed that the CGRP mar­ket by it­self could swell to $4.5 bil­lion, mak­ing this a block­buster area of con­tention — un­less the sales num­bers are overblown.

It’s clear that the two ma­jor league play­ers — which re­worked their glob­al al­liance last April to split the key US sales are­na — are al­ready think­ing of how they’ll po­si­tion this drug once it hits the mar­ket, pro­vid­ed the FDA fol­lows through with an OK.

“Mi­graine is a se­ri­ous neu­ro­log­i­cal dis­ease that has a sub­stan­tial eco­nom­ic bur­den for both pa­tients and the health­care sys­tem, yet it con­tin­ues to be un­der rec­og­nized and un­der treat­ed,” said Harp­er.