→ As Roche puts down its foot in Philadel­phia as the base for its bud­ding gene ther­a­py op­er­a­tions built around new sub­sidiary Spark Ther­a­peu­tics, Am­i­cus $FOLD is blue­print­ing its own gene ther­a­py group in the city. 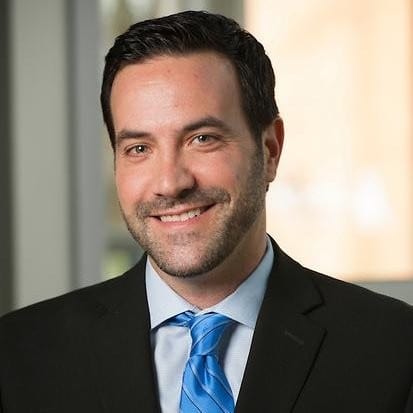 When com­plet­ed lat­er this year, its new gene ther­a­py cen­ter — which will al­so be its new glob­al R&D hub — will take up 75,000 square feet in uCi­ty Square, a short walk away from Wil­son’s lab. Jeff Castel­li, chief port­fo­lio of­fi­cer and now head of gene ther­a­py, will even­tu­al­ly lead a team of 200 at the fa­cil­i­ty along­side CSO Hung Do.

→ An­oth­er drug de­vel­op­er — Anaveon — is work­ing on an im­proved ver­sion of an IL-2 sans the tox­i­c­i­ty that has stymied the use of the orig­i­nal, Pro­leukin. The Swiss biotech, found­ed in late 2017 and spun out of the Uni­ver­si­ty of Zurich, has won the back­ing of Syn­cona and No­var­tis in a CHF 35 mil­lion (rough­ly $35 mil­lion) Se­ries A round, and has big am­bi­tions for its drug, aim­ing for broad use in on­col­o­gy: as a cell ther­a­py, vac­cine, check­point in­hibitor and in com­bi­na­tion with ra­dio­ther­a­py. Syn­cona — a UK-based in­vest­ment firm that counts The Well­come Trust (al­so a founder) and Can­cer Re­search UK as its in­vestors — has al­so tak­en 47% stake in Anaveon.

→ Hav­ing failed to win over in­vestors with its spin on some mid-stage can­cer vac­cine da­ta and seen its stock ham­mered in the months since, Sel­l­as is now plead­ing for help. The re­view of strate­gic al­ter­na­tives, as the com­pa­ny calls it, cov­ers every­thing from a sale, re­verse merg­er, fi­nanc­ing to fund­ed part­ner­ship. Mean­while, Sel­l­as still has a Phase III planned for gal­in­pepimut-S, which it’s al­so test­ing in an ear­ly tri­al in com­bi­na­tion with Mer­ck’s Keytru­da.

With con­tri­bu­tion by Na­tal­ie Grover.