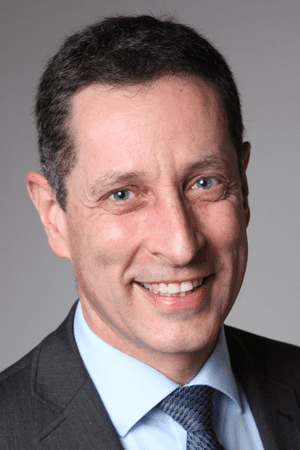 “Some peo­ple would ar­gue Switzer­land is an ex­pen­sive place to be,” said Swiss Biotech As­so­ci­a­tion CEO Michael Al­tor­fer in an in­ter­view.

ADC Ther­a­peu­tics, for in­stance, was con­sid­er­ing go­ing pub­lic but elect­ed in­stead to do a large pri­vate round — CHF 101 mil­lion —  in­stead.

In Switzer­land, the to­tal val­ue of fi­nanc­ings (mi­nus IPOs) in 2019 fell short of the last two years com­ing in at CHF 1.2 bil­lion, but fund­ing has hov­ered in and around the CHF 1 bil­lion mark for the last three years. In­vestors have al­so reaped gen­er­ous re­turns, for in­stance, via M&A — in 2019, for in­stance, the com­bined val­ue of deals in­volv­ing Ther­a­chon, Novim­mune and Amal Ther­a­peu­tics al­so crossed CHF 1 bil­lion.

Biotech in­vestors tend to rein­vest in Switzer­land — and about half the in­vest­ment comes from for­eign in­vestors, Al­tor­fer said.

“So these are not peo­ple that love their coun­try or peo­ple that are in­vest­ing be­cause their friends are run­ning com­pa­nies,” he quipped. “But still, it is re­mark­able that large in­sti­tu­tion­al in­vestors shy away from this sec­tor (in Switzer­land).”

With the coro­n­avirus pan­dem­ic, things are ex­pect­ed to get a bit hairy over the course of 2020 for in­dus­tries across the globe, and Switzer­land’s life sci­ences sec­tor is no ex­cep­tion. But in gen­er­al, the in­dus­try is rel­a­tive­ly im­mune to glob­al mar­ket fric­tion be­cause well, med­i­cines are not iPhones, and bio­phar­ma R&D takes years to reach fruition.

In Switzer­land, much like else­where, bio­phar­ma com­pa­nies are en­coun­ter­ing chal­lenges in start­ing and con­duct­ing clin­i­cal tri­als and pa­tient re­cruit­ment.

“It would be stu­pid if I pro­claim that we will get through this with­out de­lays,” Al­tor­fer said. “Some com­pa­nies are lucky be­cause they’re run­ning clin­i­cal tri­als in coun­tries that are not as af­fect­ed … but in gen­er­al, we have to ex­pect a sig­nif­i­cant de­lay of, I would say, at least half a year — and that’s an av­er­age fig­ure.”

“How will this re­sult in dis­tressed com­pa­nies that need to ne­go­ti­ate fi­nanc­ing rounds, based on a lack of da­ta, based on a weak po­si­tion? Of course, I can­not an­tic­i­pate the sit­u­a­tion for all these 300 com­pa­nies (in Switzer­land) what it will look like and how it will be in each and every case.”