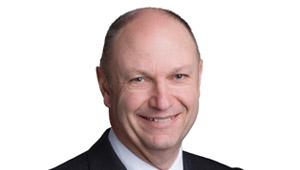 By most ac­counts, Pfiz­er was on the verge of in­flict­ing some se­ri­ous pain on J&J’s fran­chise drug Rem­i­cade when it rolled out a biosim­i­lar of the megablock­buster drug in the US last year. But the com­pe­ti­tion from knock­offs bare­ly dent­ed sales, and now Pfiz­er is claim­ing in a fed­er­al law­suit that its Big Phar­ma ri­val owes its suc­cess to mo­nop­o­lis­tic sales prac­tices.

J&J, though, has al­ready shrugged off any near-term hit from biosim­i­lar com­pe­ti­tion, and ex­ecs say they have some big ad­van­tages in main­tain­ing their fran­chise rev­enue.

J&J CFO Do­minic Caru­so re­cent­ly told at­ten­dees at a con­fer­ence that the small dis­count of­fered by Pfiz­er as well as the lack of in­ter­change­abil­i­ty with the main­stay is blunt­ing the ri­val’s abil­i­ty to carve away mar­ket share.

Pfiz­er, though, begs to dif­fer on that score. And the case will be close­ly fol­lowed by all the big play­ers in the in­dus­try — from those de­vel­op­ing biosim­i­lars of some of the biggest block­busters now on the mar­ket to the com­pa­nies that are afraid of the gener­ic com­pe­ti­tion that is loom­ing.