An­oth­er NASH pro­gram is head­ed to the scrap heap.

Al­bireo $AL­BO, a Boston biotech that took an un­con­ven­tion­al route to treat­ing the fat­ty liv­er dis­ease, an­nounced yes­ter­day that they were end­ing NASH de­vel­op­ment af­ter they re­ceived dis­ap­point­ing re­sults from a Phase II study. Just last week CEO Ron Coop­er, on their Q2 call, talked up their off­beat ap­proach and the po­ten­tial for their lead mol­e­cule to be used in com­bi­na­tion with agents now in de­vel­op­ment at oth­er coun­tries. 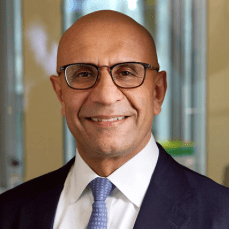 Com­pared to the stock-melt­ing hits com­pa­nies such as Gen­Fit have tak­en af­ter their tri­al fail­ures, Al­bireo emerges from their NASH ex­plo­ration rel­a­tive­ly un­scathed. Their lead pro­grams are in oth­er liv­er con­di­tions, bile atre­sia and PF­IC, and the com­pa­ny took on­ly a 4.85% hit on the news, drop­ping from $27.01 to $25.70.

Still, the failed pro­gram is an­oth­er blow to a field that has seen lit­tle but fail­ure since JP Mor­gan 2019, when mul­ti­ple com­pa­nies seemed poised to break in­to a mar­ket es­ti­mat­ed to have mil­lions of pa­tients and room for mul­ti­ple mega-block­busters. Since then Gilead, Gen­Fit and a se­ries of small­er biotechs have seen ma­jor tri­al fail­ures. And, af­ter the FDA sur­pris­ing­ly re­ject­ed an In­ter­cept drug that showed mixed re­sults in Phase III, de­vel­op­ers have been left in lim­bo about what the bar for ef­fi­ca­cy will be.

Ul­ti­mate­ly, though, elo­bix­i­bat could do on­ly the for­mer. In the 47-per­son study, pa­tients on the treat­ment arm saw their cho­les­terol fall al­most twice as much as pa­tients on the place­bo arm (-20.5 mg/dL vs -11.1 mg/dL), but there was lit­tle to no change in liv­er end­points. Liv­er fat fell by 2.6% for the treat­ment arm, as mea­sured by MRI, and there was “no mean­ing­ful change” in lev­els of ala­nine amino­trans­ferase, a liv­er en­zyme com­mon­ly used to mea­sure func­tion.