A US dis­trict court sen­tenced long-run­ning In­di­v­ior CEO Shaun Thax­ter to 6 months in fed­er­al prison for his role in com­pa­ny ef­forts to mis­lead a ma­jor health­care provider about the safe­ty and abus­abil­i­ty of their opi­oid ad­dic­tion drug Sub­ox­one, which gen­er­at­ed bil­lions in rev­enue over the last decade. Thax­ter joins for­mer In­sys CEO John Kapoor as one of the on­ly two ex­ec­u­tives to face prison time for their roles in the opi­oid epi­dem­ic. 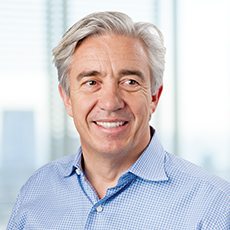 Two months lat­er, “MassHealth an­nounced it would pro­vide ac­cess to Sub­ox­one Film for Med­ic­aid pa­tients with chil­dren un­der the age of six,” the DOJ said.

In­di­v­ior’s for­mer par­ent com­pa­ny, RB Group, has al­ready paid $1.4 bil­lion to set­tle claims from the gov­ern­ment, while an In­di­v­ior sub­sidiary, In­di­v­ior So­lu­tions, plead­ed guilty to felony charges. Along with the main com­pa­ny, they agreed to pay $600 mil­lion in dam­ages.

“While Thax­ter served for years as In­di­v­ior’s chief ex­ec­u­tive, he was in a po­si­tion to en­sure that doc­tors, pa­tients, and in­sur­ers were dealt with hon­est­ly,” act­ing US At­tor­ney Daniel Bubar said in a state­ment. “In­stead, Thax­ter failed to pre­vent ef­forts to build prof­its through mis­lead­ing safe­ty claims, which led to mil­lions of dol­lars in ill-got­ten gains for In­di­v­ior. As the Court rec­og­nized to­day, this sen­tence should serve as a de­ter­rence to oth­er phar­ma­ceu­ti­cal ex­ec­u­tives.”