As usu­al, re­searchers will hold back the da­ta for a fu­ture con­fer­ence, but Check­Mate-498 is an­oth­er write-off. 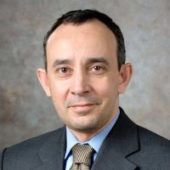 It’s un­like­ly that any of the an­a­lysts had much up­side built in for glioblas­toma, the most com­mon brain can­cer which has proven to be in­cred­i­bly dif­fi­cult to slow down. So don’t look for any dra­mat­ic stock moves. On the oth­er hand, the phar­ma gi­ant has been plagued by set­backs in the clin­ic.

The com­pa­ny had to yank its ap­pli­ca­tion us­ing a high tu­mor mu­ta­tion­al bur­den af­ter get­ting some neg­a­tive feed­back from the FDA. Their com­bo ap­proach us­ing Yer­voy failed in non-small cell lung can­cer, and that fol­lowed a fail­ure against the stan­dard of care for sec­ond-line small cell lung can­cer. A brain can­cer flop may have been pre­dictable, but it al­so rais­es ques­tions about their R&D strat­e­gy at a time Mer­ck has been ad­vanc­ing with its chemo com­bo ap­proach.

With some key read­outs due on front­line lung can­cer, Bris­tol-My­ers is in a make-or-break po­si­tion with Op­di­vo, with an­a­lysts like Wolfe’s Tim An­der­son won­der­ing if they’re head­ed for a peak in Op­di­vo sales in 2020, fol­lowed by a flat line as com­pe­ti­tion builds around the world. That al­ready may have dri­ven their $74 bil­lion Cel­gene ac­qui­si­tion, which will shift fo­cus to a slate of 6 late-stage drugs up for an ap­proval de­ci­sion.