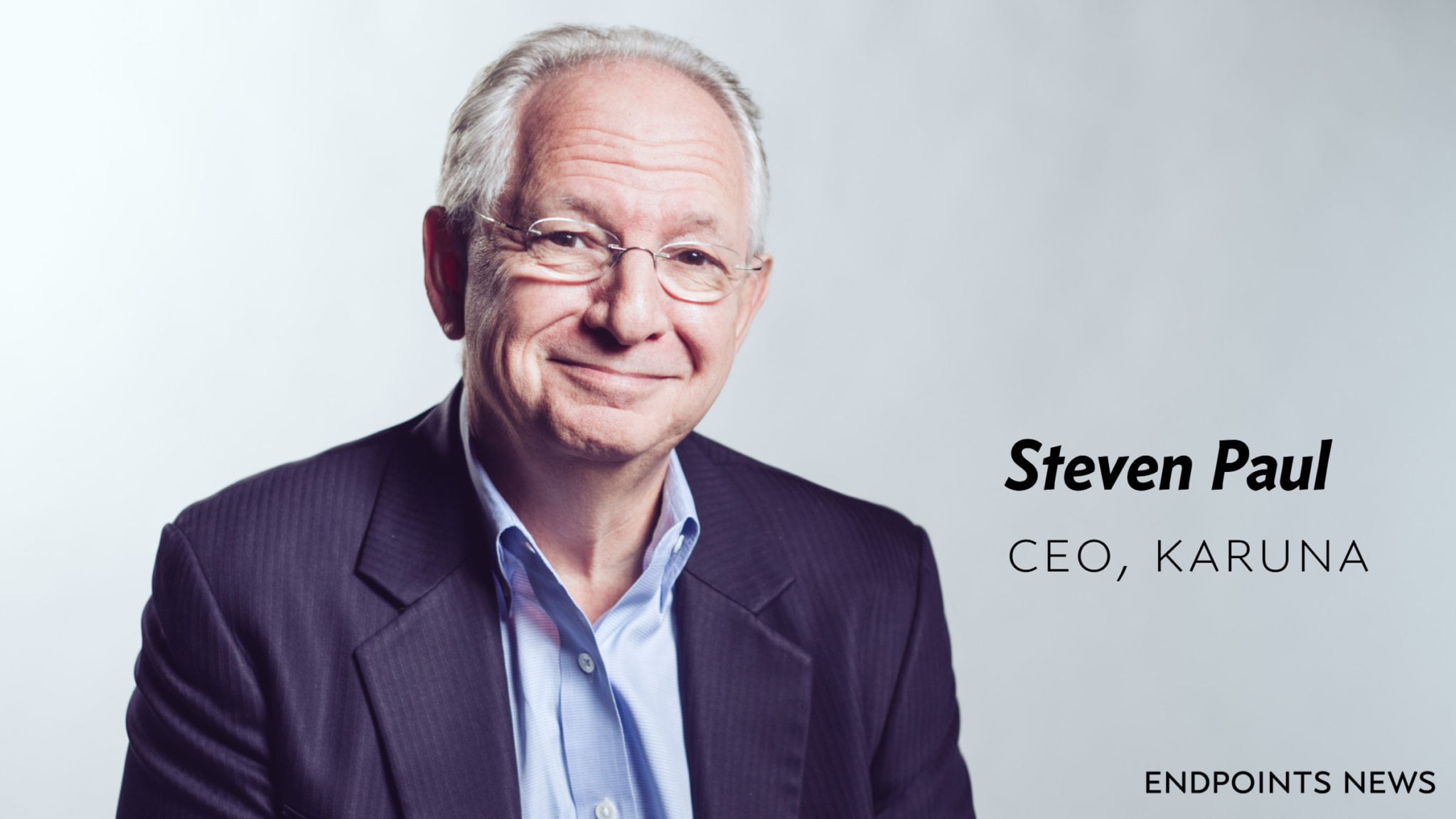 Steve Paul has booked a $68 mil­lion clin­i­cal round for his sin­gle as­set an­ti-psy­chot­ic biotech now in a Phase II study for schiz­o­phre­nia. And with $110 mil­lion in to­tal an­nounced ven­ture back­ing in 7 months, this one — Karuna Ther­a­peu­tics with a com­bo drug styl­ish­ly dubbed KarXT — is shap­ing up as a pos­si­ble turn in­to the fast lane to Wall Street, 2018 style.

Paul, you may re­call, com­plet­ed a lengthy de­vel­op­ment stint at Eli Lil­ly, where he spent a con­sid­er­able amount of time beat­ing his head against the stone wall of Alzheimer’s as the phar­ma gi­ant burned through bil­lions in its mis­guid­ed ef­forts to come up with a block­buster drug for that dis­ease. One of those drugs he stud­ied was the mus­carinic re­cep­tor ag­o­nist xanome­line, an an­ti-psy­chot­ic which was shelved with many oth­ers due to some se­ri­ous side ef­fects. Karuna is com­bin­ing that old drug with tro­spi­um chlo­ride (Sanc­tura) to con­trol the side ef­fects, look­ing to fol­low up with clin­i­cal da­ta to back them up ahead of what would have to be an am­bi­tious piv­otal plan to get through to a mar­ket­ing ap­proval.

As the A round came through last Au­gust, the el­der and more ex­pe­ri­enced 35-year vet Paul el­bowed com­pa­ny founder An­drew Miller aside for the CEO post, with Miller stay­ing on as COO. And the com­pa­ny has laid out plans for get­ting this drug to the mar­ket for both schiz­o­phre­nia as well as Alzheimer’s, which we all know is no easy tar­get — even for an­ti-psy­chotics.

It shouldn’t take too long to find out what they have. The biotech’s ran­dom­ized Phase II, with 180 pa­tients, should wrap in ear­ly No­vem­ber, ac­cord­ing to clin­i­cal­tri­als.gov.