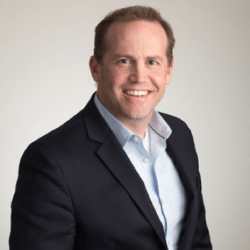 The cur­tain is falling on the epic dra­ma be­tween lit­tle San Diego biotech Arc­turus and its for­mer CEO Joe Payne. Af­ter months of har­poon­ing each oth­er with law­suits in a war for con­trol, Payne has pre­vailed.

Ac­cord­ing to Arc­turus’ new state­ment, the com­pa­ny has vot­ed in fa­vor of Payne’s plans, forc­ing the old play­ers out. The com­pa­ny’s stock is up near­ly 14% on the news, trad­ing at $6.93 per share as of press time.

Dra­ma aside, Payne’s pick for the board in­clude some of the biggest names in San Diego biotech. Mar­quet, founder and co-chair of Althea Tech­nolo­gies, is a well-known in­dus­try ex­ec­u­tive who’s been lead­ing San Diego’s biotech com­mu­ni­ty for a cou­ple of decades. And Far­rell is the founder and for­mer long-term CEO and cur­rent chair­man of ResMed, one of the largest med­ical de­vice com­pa­nies in San Diego.

It’s un­clear what will hap­pen now with Payne. Will he re­join Arc­turus af­ter the new board set­tles in? We reached out to Payne, and will up­date you when we hear back.

But now, those law­suits should be dropped. Ac­cord­ing to Arc­turus’ state­ment, the set­tle­ment agree­ment in­clud­ed “mu­tu­al re­leas­es of all par­ties and the agree­ment by the com­pa­ny and Joseph E. Payne to ter­mi­nate all pend­ing lit­i­ga­tion.”

Hope­ful­ly the next news we hear from Arc­turus will be about the com­pa­ny’s sci­ence.

“We are pleased to have come to­geth­er to reach this very pos­i­tive out­come that al­lows Arc­turus to move for­ward, fo­cused on cre­at­ing sub­stan­tial val­ue for all share­hold­ers,” Payne said. “We warm­ly ap­pre­ci­ate the con­tin­ued sup­port from our share­hold­ers, and the en­cour­age­ment to reach an am­i­ca­ble res­o­lu­tion through this agree­ment. The com­pa­ny has ac­com­plished a great deal in the last five years, and I’m con­fi­dent that with the strong lead­er­ship of the board and man­age­ment team, the best days are ahead for Arc­turus.”