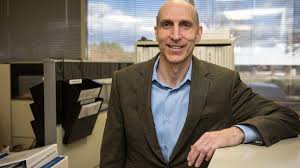 Ar­gos Ther­a­peu­tics’ $ARGS Phase III study of its per­son­al­ized can­cer vac­cine ro­ca­pulden­cel-T has end­ed in dis­as­ter. Its in­de­pen­dent mon­i­tor­ing com­mit­tee con­clud­ed in an in­ter­im analy­sis that the late-stage tri­al for metasta­t­ic re­nal cell car­ci­no­ma was head­ed to a near cer­tain fail­ure, call­ing for an end to the study.

Ar­gos treat­ment is de­signed to cap­ture the anti­gens spe­cif­ic to a pa­tients’ tu­mor cells, ramp­ing up an im­mune re­sponse to wipe out those can­cer cells. In­ves­ti­ga­tors com­bined their drug with Su­tent (suni­tinib) and com­pared it to stan­dard of care.

The set­back marks back to back fail­ures of new can­cer vac­cines, a trou­bled field that’s seen re­peat­ed fail­ures in re­cent years. These per­son­al­ized vac­cines were seen as a bet­ter way to go af­ter can­cer, but Ar­gos will be fac­ing some bit­ter ques­tions over the util­i­ty of its plat­form tech­nol­o­gy now.

The biotech’s shares im­plod­ed with the study, plung­ing 74% in a mat­ter of min­utes.

“We are ex­treme­ly dis­ap­point­ed with these re­sults, which in­clud­ed sev­en­ty-five per­cent of the tar­get­ed events need­ed to per­mit the pri­ma­ry analy­sis and as­sess­ment of over­all sur­vival in the study,” said Ar­gos CEO Jeff Abbey in a state­ment. “We sin­cere­ly ap­pre­ci­ate the pa­tients and in­ves­ti­ga­tors who have par­tic­i­pat­ed in the ADAPT Phase 3 tri­al, and re­main con­vinced in the abil­i­ty of pre­ci­sion im­munother­a­py to im­prove the lives of pa­tients.”