Just a few weeks af­ter turn­ing up at AS­CO with pos­i­tive da­ta to show off, Ar­ray Bio­Phar­ma $AR­RY has nailed an FDA ap­proval for its MEK in­hibitor binime­tinib, which will be sold as Mek­tovi, as well as en­co­rafenib — a BRAF in­hibitor now dubbed Braftovi. 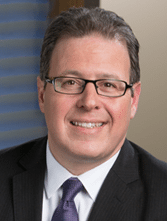 The news came out in bits and pieces. Ar­ray’s web­site had a pro­mo up for the com­bo and the FDA post­ed the la­bel and a note on the OK for Mek­tovi. But Ar­ray even­tu­al­ly post­ed its state­ment short­ly be­fore 2 pm ET.

The la­bel shows the drug com­bo is to be used among pa­tients with BRAF V600E or V600K mu­ta­tions.

“Near­ly half of pa­tients di­ag­nosed with metasta­t­ic melanoma test pos­i­tive for the BRAFmu­ta­tion,” said Va­lerie Guild, pres­i­dent of the AIM at Melanoma Foun­da­tion, adding the twin ap­proval is “wel­come news for the melanoma com­mu­ni­ty.”

Jef­feries, for one, be­lieves that Ar­ray can do bet­ter than what No­var­tis has done in this part of the melanoma mar­ket, where the phar­ma gi­ant has been earn­ing about $400 mil­lion for its com­bi­na­tion.

That may be, but it was a sell-the-news kind of day on Wall Street. Ar­ray’s shares slid about 4% by the close.