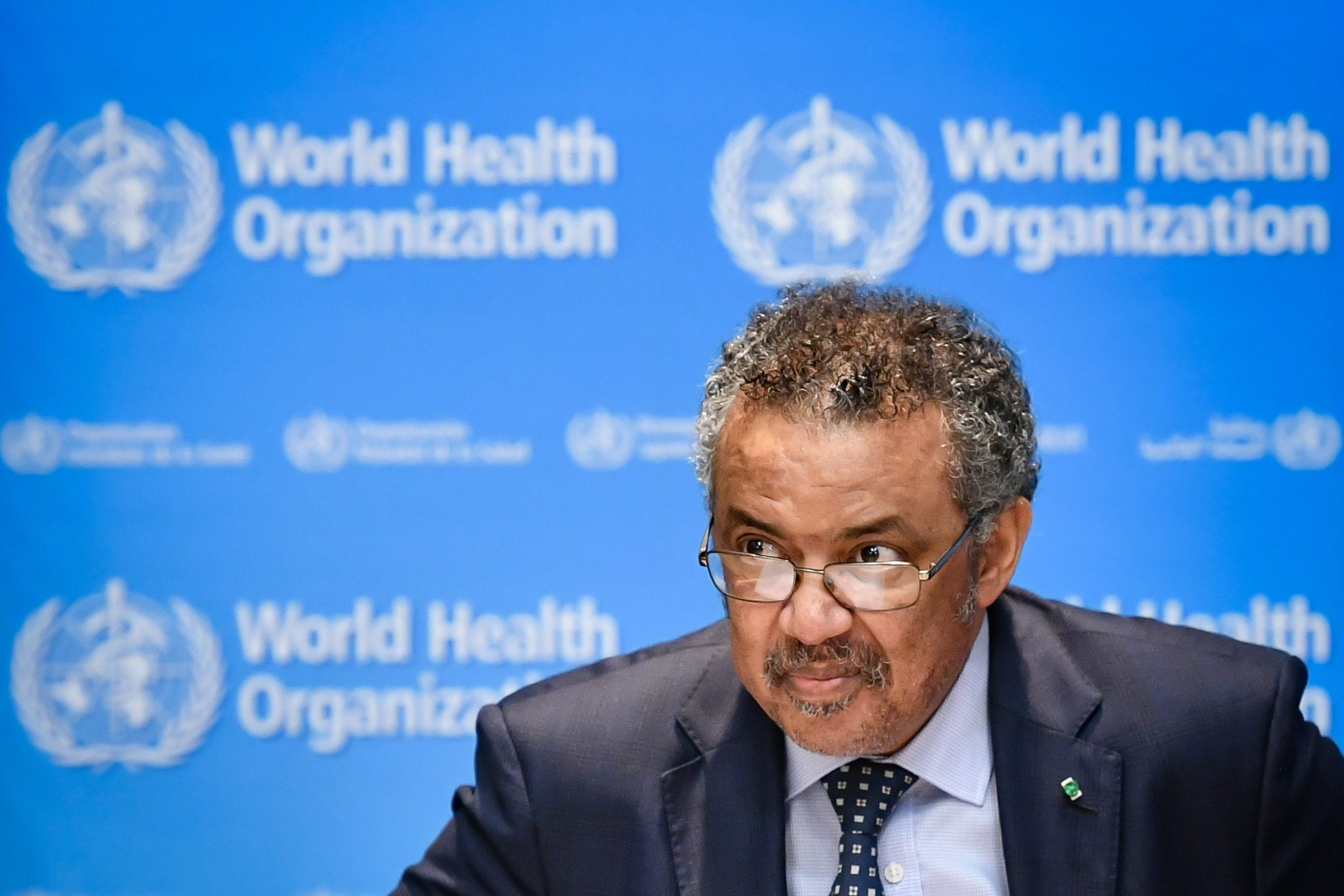 World Health Organization Director-General Tedros Adhanom Ghebreyesus attends a press conference following an emergency committee meeting over Ebola epidemic in Democratic Republic of Congo at the WHO headquarters in Geneva on October 18, 2019. (via Getty Images)
December 20, 2019 07:16 AM ESTUpdated 08:18 AM
FDA+

“We have not yet es­tab­lished a price for ERVE­BO. Mer­ck has com­mit­ted to mak­ing the vac­cine avail­able to Gavi (the Vac­cine Al­liance)-el­i­gi­ble coun­tries at the low­est pos­si­ble ac­cess price,” a com­pa­ny spokesper­son told End­points News.

Erve­bo has been test­ed in rough­ly 16,000 in­di­vid­u­als aged 18 and above in tri­als con­duct­ed in Africa, Eu­rope, and the Unit­ed States, and da­ta show the vac­cine is ef­fec­tive against the Zaire Ebo­la virus that cir­cu­lat­ed in West Africa in 2014-2016, as well as the cur­rent out­break in DRC.

Ear­li­er this year the WHO de­clared the out­break — which so far has in­fect­ed more than 3,350 peo­ple — a pub­lic health emer­gency of in­ter­na­tion­al con­cern. As of De­cem­ber 17, over a quar­ter of all con­firmed Ebo­la cas­es in the DRC have been in chil­dren aged less than 18 years. A Mer­ck spokesper­son said the com­pa­ny has stud­ies un­der­way test­ing Erve­bo (same for­mu­la­tion, same dose) in chil­dren.

The rel­a­tive­ly few Ebo­la cas­es in the Unit­ed States have been due to in­ter­na­tion­al trav­el­ers or health care work­ers who have con­tract­ed the virus af­ter treat­ing Ebo­la pa­tients.

“While the risk of Ebo­la virus dis­ease in the U.S. re­mains low, the U.S. gov­ern­ment re­mains deeply com­mit­ted to fight­ing dev­as­tat­ing Ebo­la out­breaks in Africa, in­clud­ing the cur­rent out­break in the De­mo­c­ra­t­ic Re­pub­lic of the Con­go,” said An­na Abram, FDA Deputy Com­mis­sion­er for Pol­i­cy, Leg­is­la­tion, and In­ter­na­tion­al Af­fairs, in a state­ment.