Breyanzi, al­so known as liso-cel, snagged a win on Fri­day in adults with large B-cell lym­phoma (LB­CL) who: don’t re­spond to chemother­a­py, or re­lapse with­in 12 months; don’t re­spond or re­lapse af­ter 12 months; or are not el­i­gi­ble for hematopoi­et­ic stem cell trans­plant af­ter chemo due to their age or co­mor­bidi­ties. 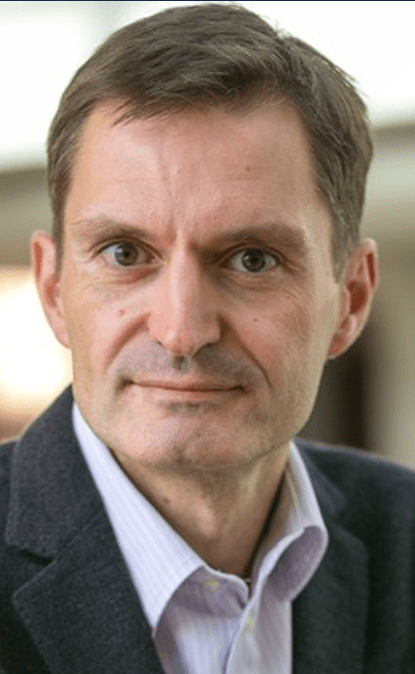 “With this new in­di­ca­tion, Breyanzi is ap­proved to treat the broad­est re­lapsed or re­frac­to­ry large B cell lym­phoma pa­tient pop­u­la­tion,” Nick Bot­wood, BMS’ SVP of US med­ical af­fairs, told End­points News. “Breyanzi does rep­re­sent a sig­nif­i­cant ad­vance­ment of the cur­rent or pre­vi­ous treat­ment par­a­digm that has been in place for near­ly 30 years.”

Breyanzi was one of the stars of BMS’ $74 bil­lion Cel­gene buy­out back in 2019 and was first ap­proved last Feb­ru­ary to treat dif­fuse large B cell lym­phoma in pa­tients who have pre­vi­ous­ly re­ceived two pri­or rounds of sys­temic ther­a­py. At the time, BMS an­nounced a whole­sale price of $410,300. Last year, Breyanzi raked in $87 mil­lion, ac­cord­ing to the com­pa­ny’s Q4 re­sults.

The la­bel ex­pan­sion was based on piv­otal da­ta from two stud­ies, dubbed TRANS­FORM and PI­LOT. In the TRANS­FORM study, Breyanzi more than quadru­pled event-free sur­vival — de­fined as time un­til death, dis­ease pro­gres­sion, no re­sponse to ther­a­py or the need for ad­di­tion­al ther­a­py — com­pared to a place­bo (p<0.0001), ac­cord­ing to BMS. About 66% of pa­tients in the Breyanzi arm achieved a com­plete re­sponse, ver­sus 39% in the place­bo arm (p<0.0001).

BMS is look­ing to re­place the cur­rent stan­dard of care in this set­ting, which in­volves sal­vage chemother­a­py fol­lowed by high-dose chemo and a stem cell trans­plant. While stem cell trans­plants are be­com­ing more safe and ef­fec­tive, many sec­ond-line pa­tients can’t tol­er­ate sal­vage chemother­a­py. Ac­cord­ing to BMS, about half of pa­tients aren’t el­i­gi­ble for a trans­plant be­cause of their age or co­mor­bidi­ties, and among those who are el­i­gi­ble, on­ly a quar­ter are able to go through with it and see a long-term ben­e­fit.

“It’s a rel­a­tive­ly small pro­por­tion of the whole. So Breyanzi, it re­al­ly does pro­vide a sig­nif­i­cant new treat­ment op­tion for these pa­tients,” Bot­wood said.

Back in April, Gilead’s Kite won ap­proval for its CAR-T ri­val Yescar­ta in pa­tients with LB­CL who are re­frac­to­ry to first-line chemo, or who re­lapse with­in 12 months. Though it’s dif­fi­cult to com­pare da­ta across tri­als, the es­ti­mat­ed 18-month EFS rate for Yescar­ta was 41.5%, com­pared to 17% in the place­bo arm.

The com­pe­ti­tion here may come down to the safe­ty de­tails, as both drugs re­ceived a boxed warn­ing for cy­tokine re­lease syn­drome (CRS) and neu­ro­log­ic tox­i­c­i­ties. In the ZU­MA-7 study eval­u­at­ing Yescar­ta in the sec­ond line, Grade 3 or high­er CRS and neu­ro­log­ic events were ob­served in 7% and 25% of pa­tients, re­spec­tive­ly, ac­cord­ing to Kite.

Up­on strik­ing a deal to ac­quire Cel­gene, BMS put $6.4 bil­lion in­to a CVR agree­ment that re­quired an FDA ap­proval for Zeposia, Breyanzi and Abec­ma, each by an es­tab­lished date. Af­ter the phar­ma gi­ant came up 36 days late on the Breyanzi dead­line, the CVR be­came worth­less.