If Cal­i­for­nia can fig­ure out a way to low­er in­sulin prices for its res­i­dents, why can’t Michi­gan do the same?

That’s the mind­set of a group of state law­mak­ers, in­clud­ing Sen. Curt Van­der­Wall, R-Lud­ing­ton. The group has met with drug­mak­ers — in­clud­ing Pfiz­er — and lo­cal uni­ver­si­ties to talk about what it would take to cut the cost of in­sulin for res­i­dents with di­a­betes. 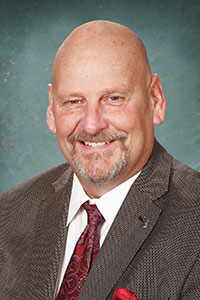 In an in­ter­view with Bridge Michi­gan, Van­der­Wall said that there are two main av­enues to ex­plore. One in­volves bring­ing man­u­fac­tur­ers to the ta­ble and get­ting them to of­fer to sell the drugs at cost. The oth­er in­volves tak­ing the state, and turn­ing it in­to a man­u­fac­tur­er it­self.

Van­der­Wall has spo­ken with both the Uni­ver­si­ty of Michi­gan and Michi­gan State about man­u­fac­tur­ing drugs through their cam­pus­es. A spokesper­son con­firmed those ear­ly talks. The state once had its own drug man­u­fac­tur­ing fa­cil­i­ty, as it was start­ed back in the 1920s, but that was sold in 1998 to Bio­Port, now Emer­gent BioSo­lu­tions.

Oth­er states have tak­en a stab at curb­ing the steep prices. Col­orado in­stalled a price cap on in­sulin in 2019, and Neva­da passed a man­dat­ed price trans­paren­cy law in 2017. Most fa­mous­ly, Cal­i­for­nia Gov. Gavin New­som has re­peat­ed­ly said that his state is mov­ing to­ward pro­vid­ing res­i­dents with low-cost in­sulin. In Jan­u­ary, he an­nounced that the state was work­ing on a part­ner­ship that would make the drug at a “pro­found­ly re­duced” price, though no specifics were di­vulged. Blue Shield of Cal­i­for­nia joined the ini­tia­tive in March, part­ner­ing with Civi­ca to help man­u­fac­ture gener­ics that could cost $30 or less per vial. That isn’t ex­pect­ed to be avail­able un­til 2024, how­ev­er.