Af­ter the ap­proval of their part­nered an­ti-HER2 an­ti­body-drug con­ju­gate ear­li­er this year, As­traZeneca and Dai­ichi Sankyo are rid­ing high on the promise of their bloom­ing part­ner­ship. Now a sec­ond ADC is show­ing promise in hard-to-treat breast can­cer, and the com­pa­nies have their eyes set on their on­ly ap­proved com­peti­tor in the space.

The vast ma­jor­i­ty of those pa­tients were treat­ed with 6-mg dos­es of the drug while two re­ceived an 8-mg high dose. On top of the five con­firmed re­spons­es, the part­ners were await­ing con­fir­ma­tion on four ad­di­tion­al re­spons­es at the Jan. 8 cut­off date. Datopotam­ab post­ed a dis­ease con­trol rate of 95%.

It’s ear­ly days, but the da­ta stack up well in terms of ORR against Gilead and im­munomedics’ Trodelvy, the first TROP2-tar­get­ed ADC ap­proved for TNBC in April. As­traZeneca opt­ed in June to shell out $1 bil­lion up­front for co-de­vel­op­ment rights to datopotam­ab, a fol­low-up on its win­ning part­ner­ship with Dai­ichi on an­ti-HER2 drug En­her­tu.

TNBC is a tough-to-treat in­di­ca­tion with a par­tic­u­lar­ly poor prog­no­sis, with pa­tients in the As­traZeneca study hav­ing un­der­gone a me­di­an four pri­or lines of treat­ment and up to nine lines of treat­ment. Thir­ty-three per­cent of pa­tients post­ed a Grade 3 side ef­fect or high­er with stom­ati­tis, fa­tigue and ane­mia re­port­ed as the most com­mon. Mean­while, none of those se­ri­ous events were di­ar­rhea or neu­trope­nia — a con­cern giv­en both Trodelvy and En­her­tu’s la­bels. 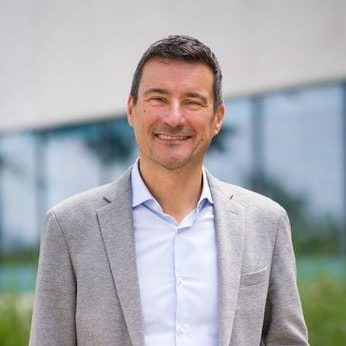 Mean­while, the TNBC co­hort re­port­ed ze­ro cas­es of in­ter­sti­tial lung dis­ease, a big safe­ty red flag that cropped up in the NSCLC arm of the dat­apotam­ab study and is list­ed a black box warn­ing on En­her­tu’s la­bel. Both TROP2 and HER2 are ex­pressed on a range of tu­mor types, but al­so on healthy cells in the lungs, which can lead to off-tar­get tox­i­c­i­ties.

Eight cas­es of ILD were re­port­ed in the NSCLC arm of TRO­PI­ON-Pan­Tu­mor01, with six re­ports and one death in the 8-mil­ligram arm. All but one of those cas­es were deemed to be treat­ment re­lat­ed.

“What we be­lieve at As­traZeneca and through our re­la­tion­ship Daichii Sankyo is we can be a pre­mier com­pa­ny in the ADC space,” Cris­t­ian Mas­sace­si, As­traZeneca’s se­nior VP and head of late stage de­vel­op­ment on­col­o­gy, told End­points News. “En­her­tu and (datopotam­ab) I be­lieve are best-in-class agents. Even though there’s a back­bone of chemother­a­py in breast can­cer, this is a much bet­ter way to de­liv­er chemother­a­py. The key ques­tion is, how good is your drug?”