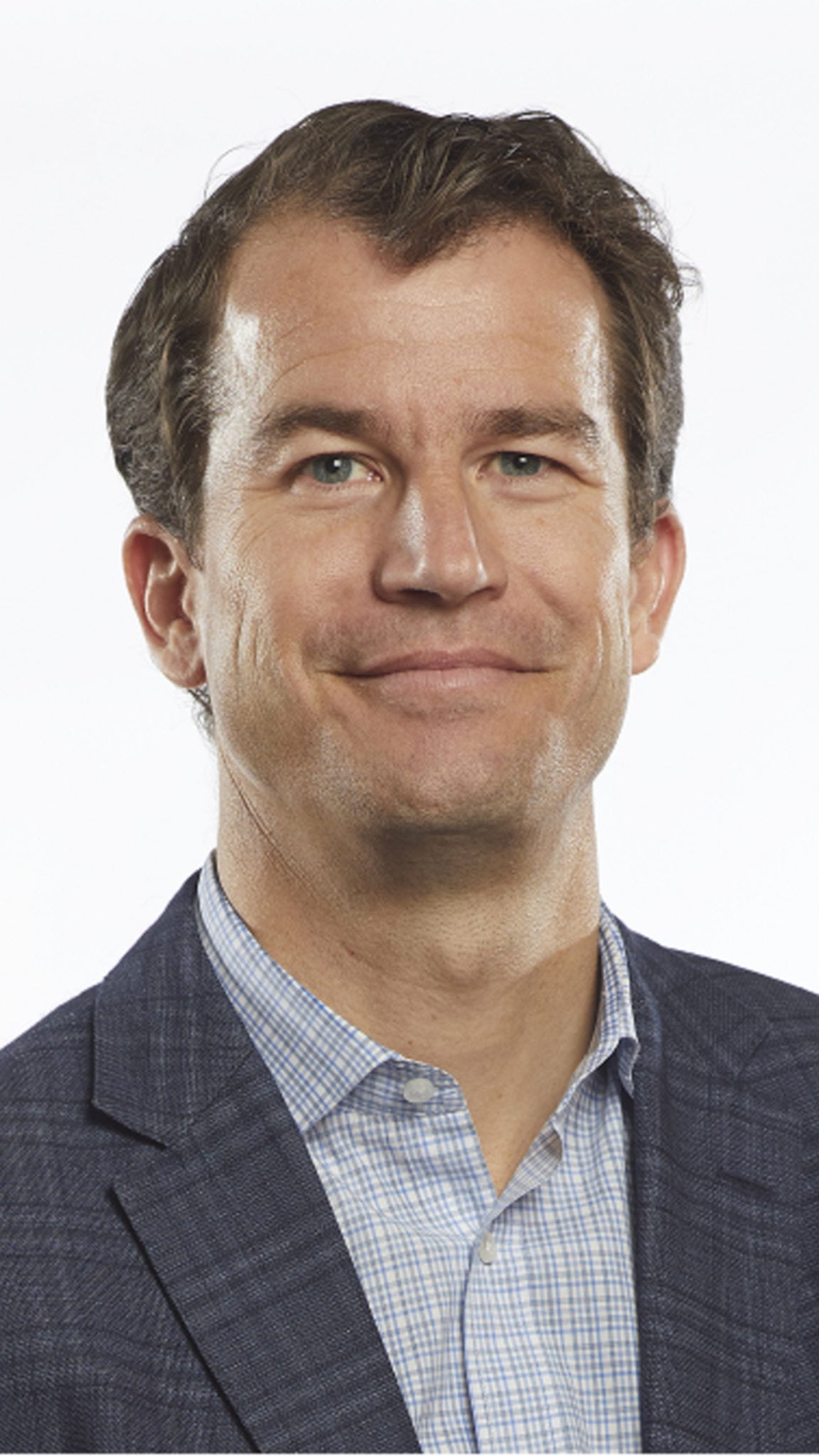 This morn­ing, As­traZeneca ex­ecs turned up at the World Con­fer­ence on Lung Can­cer in Toron­to to spell out the promis­ing over­all sur­vival da­ta the phar­ma gi­ant had claimed with a top-line re­port last spring. The study was pub­lished in the New Eng­land Jour­nal of Med­i­cine.

Why is a one-third drop in the risk of death that im­por­tant?

At stage 3, says Dave Fredrick­son, the head of the On­col­o­gy Busi­ness Unit at As­traZeneca, pa­tients can still hold on to a rea­son­able hope that they can be cured.

“At stage 4,” he tells me, “the 5-year sur­vival rate is be­low 10%.” Adding this ther­a­py af­ter chemora­dio­ther­a­py of­fers some ex­pec­ta­tion that they’re not nec­es­sar­i­ly fac­ing a death sen­tence and “maybe bend­ing 5-year sur­vival times.”

Re­searchers have yet to do that. Map­ping out a durable re­sponse takes some time. 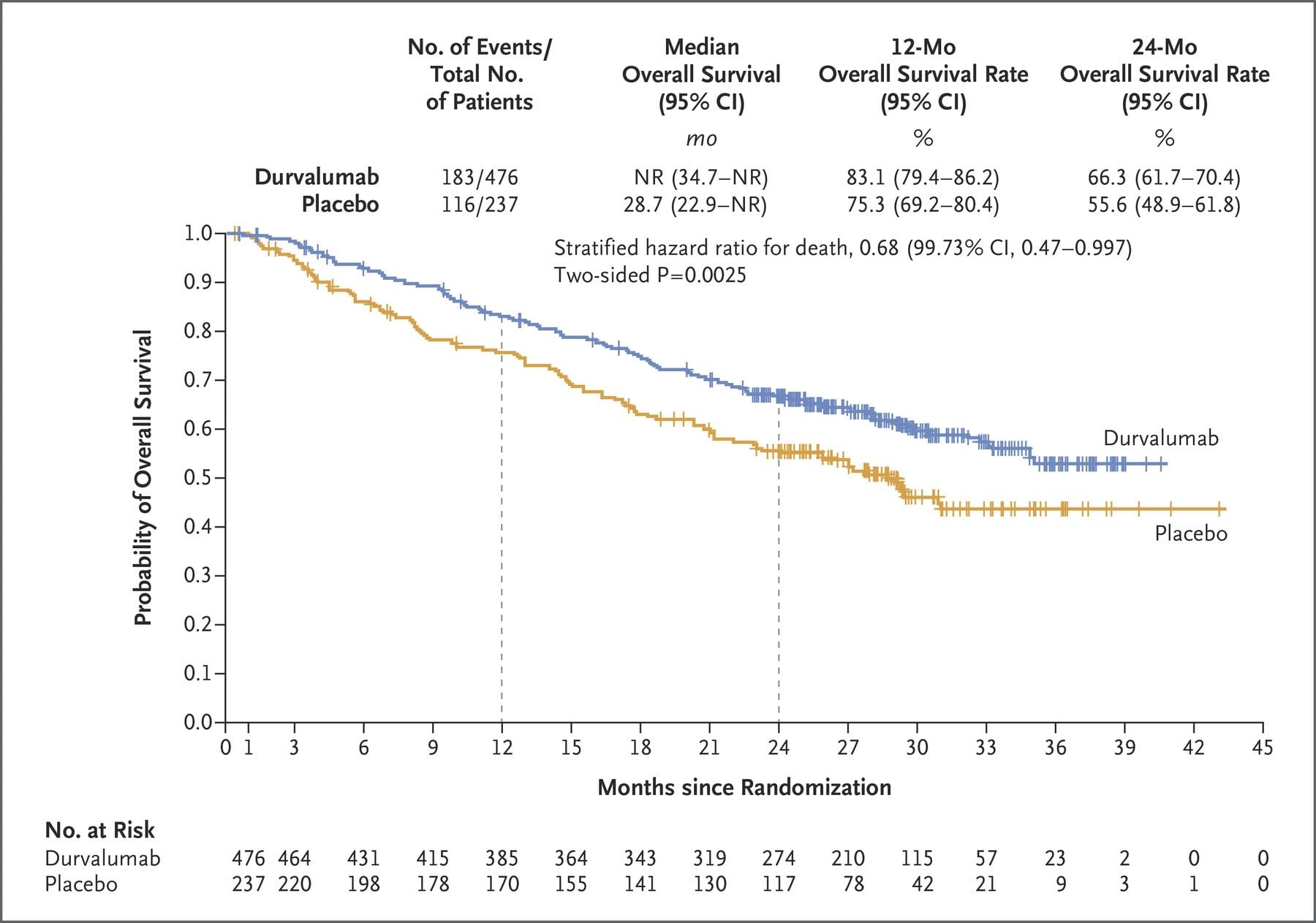 In the mean­time, says Fredrick­son, “we have seen quite brisk up­take since we have had ap­proval in the US of the PA­CIF­IC reg­i­men.” And that is mak­ing this drug the stan­dard of care in a ma­jor niche mar­ket.

“Half of pa­tients in stage 3 are treat­ed with ra­diochemother­a­py. Half of those pa­tients are be­ing treat­ed with Imfinzi af­ter­wards,” he says, a 50% share that’s cru­cial for a com­pa­ny an­gling in be­hind Mer­ck and Bris­tol-My­ers Squibb, the two dom­i­nant gi­ants in im­muno-on­col­o­gy.

Fredrick­son adds that As­traZeneca’s de­vel­op­ment strat­e­gy gives it an 18- to 24-month win­dow ahead of the ar­rival of any ri­vals. Dur­ing that time, the R&D group is work­ing on more re­search pro­grams to see if they can take the reg­i­men to ear­li­er stages of the dis­ease, with a spe­cial tri­al in Chi­na de­signed to quick­ly break in­to that boom­ing health­care mar­ket.

The pos­i­tive re­sults for As­traZeneca on PA­CIF­IC were es­pe­cial­ly im­por­tant af­ter their PD-L1 drug failed to make the first hur­dle on MYS­TIC. OS da­ta on that study are due some­time be­fore the end of the year. And if it’s a fail­ure, as many sus­pect it is, the phar­ma gi­ant will still have PA­CIF­IC and stage 3 NSCLC to boast about.

That’s a big deal for As­traZeneca.