The drug, which gen­er­at­ed rough­ly $1.3 bil­lion last year and was one of As­traZeneca’s top ten med­i­cines, was shown in 2017 — as part of a sub-group analy­sis — to in­duce a sub­stan­tial 29% re­duc­tion in the risk of car­dio­vas­cu­lar death in pa­tients who had pre­vi­ous­ly suf­fered a heart at­tack and who con­tin­ued to take the treat­ment as well as as­pirin past the first full year of ther­a­py.

The pre­ced­ing year, As­traZeneca failed two stud­ies in­clud­ing one in pa­tients with pe­riph­er­al artery dis­ease, prov­ing no bet­ter than as­pirin alone in re­duc­ing the risk of death, stroke or heart at­tack, deal­ing a blow to the drug’s prospects. 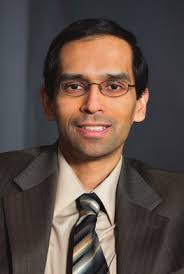 It is un­clear when the Cam­bridge, UK-based com­pa­ny — whose shares $AZN inched up rough­ly 0.4% in pre­mar­ket trad­ing — is plan­ning to file for ap­proval for this pa­tient pop­u­la­tion.