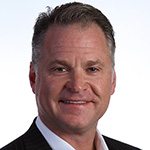 Four years af­ter Aveo On­col­o­gy $AVEO was hand­ed a hu­mil­i­at­ing re­jec­tion for its can­cer drug tivozanib, the Cam­bridge, MA-based biotech has turned an im­por­tant cor­ner in its dri­ve to re­ha­bil­i­tate it­self and turn the com­pa­ny around. The EU has sanc­tioned its lead drug tivozanib for mar­ket­ing, a de­ci­sion which trig­gers a $4 mil­lion bonus from its Eu­ro­pean part­ner with a big step to­ward an­oth­er $12 mil­lion laid out for re­im­burse­ment and reg­u­la­to­ry mile­stones.

Back in the spring of 2016 the new man­age­ment at Aveo agreed to pay $4 mil­lion to set­tle SEC charges that the biotech had mis­led in­vestors on ti­vo, fail­ing to di­vulge the crit­i­cal fact that reg­u­la­tors were de­mand­ing a sec­ond con­fir­ma­to­ry Phase III ahead of an ap­proval. Sep­a­rate from that deal are the fates of three for­mer top ex­ecs at the com­pa­ny — CEO Tu­an Ha-Ngoc, CFO David John­ston, and CMO William Slichen­my­er — in­volved in po­si­tion­ing the com­pa­ny as they al­leged­ly con­tin­ued to keep in­vestors in the dark as they raised fresh funds.

FDA on­col­o­gy chief Richard Paz­dur led a bru­tal slap­down of Aveo when he took to the floor dur­ing the pan­el re­view. He ar­gued ve­he­ment­ly against tivozanib, say­ing that a vote in fa­vor of a drug that had pro­duced da­ta of an in­creased risk of death would set a dan­ger­ous prece­dent. In the end, the pan­el vot­ed 13 to one against an ap­proval and the FDA soon for­mal­ly said no.

Now Aveo wants a do-over, and will like­ly get it.

“The Eu­ro­pean Com­mis­sion’s de­ci­sion is the first reg­u­la­to­ry ap­proval of tivozanib glob­al­ly, and a tremen­dous ac­com­plish­ment for Aveo and its part­ner, EU­SA Phar­ma. We are very pleased that tivozanib is now avail­able to pa­tients in Eu­rope,” said Michael Bai­ley, pres­i­dent and chief ex­ec­u­tive of­fi­cer of Aveo. “We al­so con­tin­ue to make progress on the next two pil­lars in our tivozanib strat­e­gy: U.S. reg­is­tra­tion, dri­ven by the piv­otal Phase III TI­VO-3 tri­al, which is ex­pect­ed to read out in the first quar­ter of 2018; and im­munother­a­py com­bi­na­tion tri­als, start­ing with the TiNi­vo tri­al, our Op­di­vo com­bi­na­tion tri­al.”