The tri­al win sets up a big fourth quar­ter for the 8-year-old com­pa­ny and keeps them on track to file for ap­proval for the mi­graine drug, known as AXS-05. And de­spite the late-stage fail­ure, they plan to file for ap­proval on their lead de­pres­sion drug, known as AXS-07, cit­ing sec­ondary end­points and the high place­bo rates that have long cloud­ed de­pres­sion tri­al re­sults. 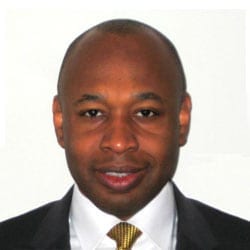 The new tri­al was de­signed and launched pri­mar­i­ly to as­sure a wider la­bel — the equiv­a­lent of mov­ing from sec­ond-line to first-line for a can­cer med­i­cine.

“Man­age­ment not­ed that the study is a pure com­mer­cial play to in­form prod­uct po­si­tion­ing, and the da­ta read­outs won’t have any im­pact on the up­com­ing NDA in 2H20,” Leerink’s Mark Good­man wrote in Feb­ru­ary.

If ap­proved, though, the drug will en­ter a new­ly con­gest­ed mar­ket. In the last two years, a se­ries of in­jectable mi­graine pre­ven­tion drugs have changed the out­look for many pa­tients. And in just the last a few months, for the first time in years, new drugs have ap­peared for treat­ing acute pain. Eli Lil­ly’s Reyvow was the first, in Oc­to­ber, fol­lowed by Al­ler­gan’s Ubrelvy in De­cem­ber and Bio­haven’s Nurtec in Feb­ru­ary.

Troy Wilson was working with J&J on their KRAS inhibitor and periodically thumbing through their publications when he spotted an old drug called tipifarnib that looked promising. So promising, in fact, that the large pharma had run it through over 5,000 patients across 70 trials, hoping they would at some point be able to nail down who were the small slice of patients who responded in some studies.