As­traZeneca $AZN may be down, but it’s not out. 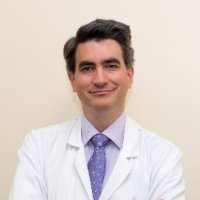 The BTD ti­tle is worth a lot more than brag­ging rights. The FDA has proven that it will stand by its com­mit­ment to speed along can­cer drugs over the past few years — trans­form­ing de­vel­op­ment time­lines. And right now, As­traZeneca needs all the help it can get.

Speak­ing of help, the phar­ma gi­ant added that it hired a cou­ple of top sci­en­tists for its on­col­o­gy team.

Jean-Charles So­ria is giv­ing up his job as a pro­fes­sor at South-Paris Uni­ver­si­ty (he was al­so a can­cer spe­cial­ist at In­sti­tut Gus­tave Roussy) to run the on­col­o­gy in­no­v­a­tive med­i­cines group at As­traZeneca, while FDA vet Ge­of­frey Kim will helm the com­bi­na­tion work be­ing done in im­munother­a­pies.

As­traZeneca has been hit with an ex­o­dus of top tal­ent over the last year. As re­port­ed last week, Tony Ho left the com­pa­ny’s on­col­o­gy group, where he was head of on­col­o­gy in­te­gra­tion and in­no­va­tion. And now we know to­day that he’s land­ed as the head of R&D for CRISPR Ther­a­peu­tics $CR­SP, where he will be fo­cused on gene edit­ing tech. I not­ed last week that with well-heeled biotechs grow­ing rapid­ly, fund­ed by a bur­geon­ing amount of ven­ture cap­i­tal, and phar­mas like Glax­o­SmithK­line and Eli Lil­ly over­haul­ing re­search work and pipelines, the al­ready in­tense com­pe­ti­tion for top sci­en­tif­ic tal­ent can on­ly heat up.

With hun­dreds of new stud­ies in im­muno-on­col­o­gy now play­ing out and bil­lions of dol­lars on the line, can­cer ex­perts in par­tic­u­lar will be much sought af­ter.

We’re see­ing that trend play out on a re­al-time ba­sis now.