Bay­er has some lim­it­ed am­bi­tions here, say­ing ear­li­er that it ex­pects to rack up about $600 mil­lion a year, in line with an­a­lysts es­ti­mates for its peak sales po­ten­tial. 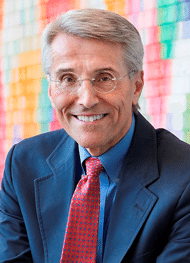 “For pa­tients with re­lapsed fol­lic­u­lar lym­phoma, the can­cer of­ten comes back even af­ter mul­ti­ple treat­ments,” said Richard Paz­dur, di­rec­tor of the FDA’s On­col­o­gy Cen­ter of Ex­cel­lence. “Op­tions are lim­it­ed for these pa­tients and to­day’s ap­proval pro­vides an ad­di­tion­al choice for treat­ment, fill­ing an un­met need for them.”