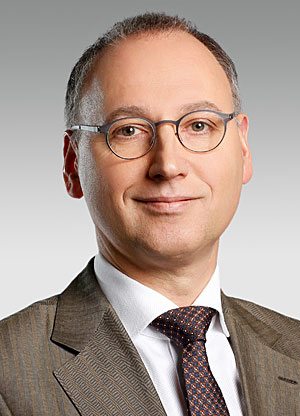 Bay­er will de­tail the da­ta lat­er, but in­ves­ti­ga­tors say the drug flunked a Phase II study with a pri­ma­ry end­point of pro­gres­sion free sur­vival. The drug is al­so cur­rent­ly in 6 oth­er ear­ly stage stud­ies for a va­ri­ety of tu­mor types.

The drug has caused con­sid­er­able head scratch­ing among some of the an­a­lysts who fol­low this com­pa­ny, as well as some of the big in­vestors.

“Bay­er is feel­ing a cer­tain eu­pho­ria about the pipeline prod­uct ane­tum­ab, which I can’t com­pre­hend at the mo­ment,” Markus Manns, who helps man­age as­sets at Union In­vest­ment GmbH, told Bloomberg last year.

Bay­er seems ready to plow ahead.

“Based on the avail­able da­ta, we re­main com­mit­ted to fur­ther eval­u­at­ing the util­i­ty and safe­ty of ane­tum­ab rav­tan­sine across mul­ti­ple tu­mor types with sig­nif­i­cant un­met med­ical need,” said Robert La­Caze, an EVP at Bay­er.