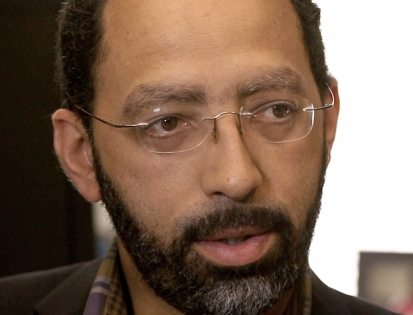 The phar­ma gi­ant says their drug abe­maci­clib gar­nered promis­ing da­ta in an in­ter­im analy­sis of MONARCH-3, a breast can­cer tri­al that matched their drug with ei­ther of two aro­matase in­hibitors — letro­zole or anas­tro­zole — against on­ly the aro­matase in­hibitor. The full da­ta will be rolled out lat­er, with Lil­ly lim­it­ing it­self to the boast that their drug has the po­ten­tial to be the best-in-class ther­a­py in the like­ly three-way strug­gle to come.

Lil­ly had dropped well be­hind the two fron­trun­ners with their broad and am­bi­tious Phase III pro­gram. MONARCH 1 and MONARCH 2 da­ta are be­ing teed up to reg­u­la­tors at the FDA and EMA in this quar­ter, with the MONARCH 3 pack­age be­ing prepped for a Q3 de­liv­ery.

Lil­ly is rac­ing to catch up with No­var­tis, which gained an ap­proval for Kisqali (ri­bo­ci­clib) in March. And Pfiz­er scored the land­mark ap­proval in the field with Ibrance in 2015, help­ing that com­pa­ny achieve a not­ed ad­vance in can­cer drug R&D.

The pri­ma­ry end­point of the Lil­ly study was PFS, with key sec­ondary end­points of ORR, over­all sur­vival and safe­ty. And Sea­mus Fer­nan­dez at Lil­ly was pleas­ant­ly sur­prised by the in­ter­im suc­cess — par­tic­u­lar­ly as an ear­li­er tri­al had to run its full course be­fore Lil­ly could claim a win.

This is an un­ex­pect­ed win for LLY, in our view, as we and most in­vestors ex­pect­ed the tri­al to go to com­ple­tion at its planned fi­nal analy­sis at the end of this year.

An­a­lysts will be look­ing for the ac­tu­al da­ta to see how it mea­sures up with ri­vals, par­tic­u­lar­ly af­ter Lil­ly man­aged to stun the bio­phar­ma world with news that the FDA had re­ject­ed baric­i­tinib, wide­ly ex­pect­ed to breeze through to an OK. Lil­ly has yet to ex­plain what went wrong, which is not help­ing its R&D cred­i­bil­i­ty af­ter three straight fail­ures for its lead Alzheimer’s drug solanezum­ab.