Found­ed in 2014 ahead of a new crop of star­tups that promise to boost the prob­a­bil­i­ty of suc­cess in phar­ma, Deep Ge­nomics’ claim to fame is go­ing from tar­get iden­ti­fi­ca­tion to de­clar­ing a can­di­date in 18 months with a plat­form that “does the whole thing.”

“I ex­pect that we’ll iden­ti­fy lead can­di­dates for over half of the pro­grams with­in 12 months,” Frey told End­points News. “That’s fast and it means that we can see paths to suc­cess and growth in a mat­ter of a year or two, in­stead of five years like you see with oth­er deals.”

As Deep Ge­nomics po­si­tions it­self as the go-to AI ther­a­peu­tics com­pa­ny for nov­el tar­gets and oligonu­cleotides, Frey added that he and chief busi­ness of­fi­cer Aman­da Kay are look­ing to do an­oth­er deal in the first quar­ter of 2021.

With the dis­cov­ery deal, Bio­Marin is tak­ing a crack at an area where it was se­vere­ly bruised.

One week af­ter the FDA slapped Prax­is with a stock-dent­ing full clin­i­cal hold, the neu­ro­science up­start says it has a path to get its tri­al up and run­ning.

Those stud­ies are set to be com­plet­ed in the first quar­ter of 2021. The FDA al­so asked for changes to the in­ves­ti­ga­tor’s brochure, which sum­ma­rizes all da­ta on a drug for the agency, and to the con­tra­cep­tion re­quire­ments in their study.

If they can man­age to con­vince the FDA, they plan to start the Phase II/III study in ma­jor de­pres­sive dis­or­der in the first half of 2021. In­vestors had pre­vi­ous­ly ex­pressed high hopes for the drug, PRAX-114, in the hard-to-treat con­di­tion, seed­ing the com­pa­ny with a $100 mil­lion launch round and a $190 mil­lion IPO.

Avro­bio’s sec­ond — and third — gene ther­a­py pro­grams have shined in their clin­i­cal de­buts, set­ting a rosy back­drop for the ex­pan­sion of the pipeline. 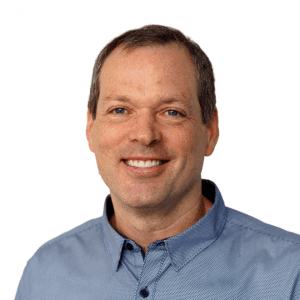 Evox part­ners with its old par­ent

TRC Capital, which has selected various biotechs like Vertex and Biogen for the “mini-tender” treatment, jumped back into the game last month with an offer to buy shares in Seagen for $151. The problem, says Seagen, is that price was 4.28% lower than what the stock was selling for at the time they made the offer on Feb. 20, giving TRC a shot at an instant windfall.

So why sell for less than what it’s worth? Seagen notes warnings from regulatory authorities that these offers essentially try to trick investors into believing that they’re being offered a premium for the stock.