SQZ Biotech is look­ing to go pub­lic, squeez­ing its way on­to a long list of biotechs to hit Wall Street this year.

The Wa­ter­town, MA-based biotech filed on Fri­day for a $75 mil­lion IPO to de­vel­op its cell ther­a­pies, now the main fo­cus fol­low­ing a shift in pri­or­i­ties to pipeline build­ing. Num­ber 1 on its list of pri­or­i­ties is its Roche-part­nered anti­gen pre­sent­ing cell (APC) tech, which is cur­rent­ly in Phase I for HPV and sol­id tu­mors.

SPACs are al­so far­ing well in the 2020 boom. Lux Health Tech Ac­qui­si­tion, a blank check com­pa­ny formed by Lux Cap­i­tal, an­nounced its pub­lic de­but on Fri­day, too. The com­pa­ny is look­ing to raise $300 mil­lion by of­fer­ing 30 mil­lion shares at $10 apiece. While the S-1 states Lux doesn’t have any spe­cif­ic tar­gets in mind, the com­pa­ny says it will go af­ter busi­ness­es at the “in­ter­sec­tion of the health­care and tech­nol­o­gy in­dus­tries.”

A num­ber of fac­tors, in­clud­ing the pan­dem­ic, cre­at­ed the “per­fect storm” for an IPO boom, Nas­daq head of health­care list­ings Jor­dan Saxe told End­points News at the end of Sep­tem­ber. He pre­dict­ed there will be 65-70 biotech IPOs (on the low end)  by the end of the year  — well over the 47 tracked by Brad Lon­car last year.

SQZ (pro­nounced “squeeze”) was formed from the lab of MIT’s Bob Langer in 2013. Cur­rent CEO Ar­mon Sharei helped dis­cov­er the tech­nol­o­gy as a PhD stu­dent, which squeezes cells through a mi­croflu­idic chip, cre­at­ing an open­ing for drug­mak­ers to slip ma­te­ri­als in­to the cell more ef­fec­tive­ly. As of June, the com­pa­ny had blown through $96.8 mil­lion. 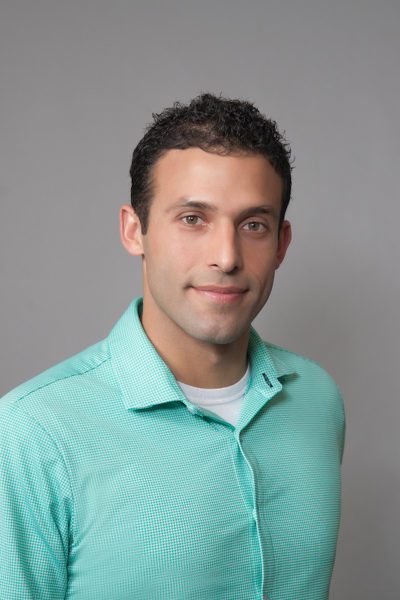 Back in 2018, Roche en­tered a $1.37 bil­lion-plus deal to fo­cus the tech­nol­o­gy on im­muno-on­col­o­gy. The biotechs are us­ing the plat­form to de­liv­er anti­gens in­tend­ed to in­duce a storm of CD8 killer cells to fight can­cer. The first pa­tient was dosed this Jan­u­ary, and since then, SQZ says it’s been able to process the cells in 24 hours and re­turn them to pa­tients for in­fu­sion in a week.

Its ac­ti­vat­ing anti­gen car­ri­ers (AAC) plat­form works in a sim­i­lar man­ner, and is cur­rent­ly in pre­clin­i­cal de­vel­op­ment. SQZ plans on sub­mit­ting an IND for HPV+ tu­mors in 2020, which would lead to ini­tial da­ta in the sec­ond half of 2021. Its third and ear­li­est plat­form, to­ler­iz­ing anti­gen car­ri­ers (TACs), is al­so in pre­clin­i­cal de­vel­op­ment.

SQZ is us­ing its lat­est $65 mil­lion Se­ries D to ex­pand its pipeline to in­fec­tious dis­eases. Us­ing its APC and AAC plat­forms, SQZ be­lieves there’s an op­por­tu­ni­ty to de­liv­er a vi­ral pro­tein, like the spike pro­tein in SARS-CoV-2, or even a whole piece of a virus to trig­ger an an­ti­body re­sponse. SQZ isn’t test­ing its plat­form against Covid-19 for now, but could be ready for fu­ture out­breaks of in­fec­tious dis­ease.