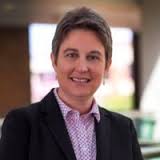 Com­ing fast on the heels of As­traZeneca’s woe­ful fail­ure on PFS for its PD-L1/CT­LA4 com­bo in lung can­cer, in­vestors clear­ly didn’t like the lat­est set­back for Bris­tol-My­ers, dri­ving shares $BMY down 3.5% in pre-mar­ket trad­ing. In­ves­ti­ga­tors will con­tin­ue to fol­low pa­tients to see how the com­bo works on over­all sur­vival.

An­a­lysts of­fered two key opin­ions on the re­sults. A few not­ed that the PFS num­bers on­ly nar­row­ly missed their tar­get on sta­tis­ti­cal sig­nif­i­cance, mean­ing the com­bo isn’t out for the count. And Michael Schmidt at Leerink not­ed that Ex­elix­is $EX­EL in­vestors are like­ly to be re­lieved as one near-term threat to cabo’s fran­chise for Ex­elix­is at least got de­layed by the late-stage miss.

Bris­tol-My­ers has been work­ing hard to over­come sus­pi­cions about the fu­ture of Op­di­vo and I/O in gen­er­al af­ter a ma­jor blow was lev­eled by a fail­ure in front­line lung can­cer. This lat­est flop won’t help, but it al­so won’t de­ter the com­pa­ny from its come­back mis­sion.