Bris­tol-My­ers got a much-need­ed boost with the ear­li­er-than-ex­pect­ed news that Op­di­vo beat out Yer­voy in a Phase III study fo­cused on a par­tic­u­lar niche for ad­ju­vant melanoma ther­a­py. And an an­a­lyst who’s been fol­low­ing the da­ta says it could be worth a bil­lion dol­lars in added an­nu­al sales.

The big biotech says an in­ter­im analy­sis of Check­mate-238 pro­vid­ed re­searchers with proof that the PD-1 drug out­per­formed Yer­voy, Bris­tol-My­ers’ CT­LA-4 drug, among ad­vanced Stage II­Ib or IV pa­tients, cut­ting the re­cur­rence rate for those who have un­der­gone surgery. There are no bot­tom line num­bers in the state­ment, but Bris­tol-My­ers says they’ll be able to re­lease da­ta at an up­com­ing con­fer­ence to show that Op­di­vo pro­vid­ed a sig­nif­i­cant­ly low­er risk of dis­ease re­cur­rence. 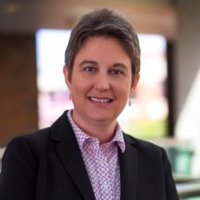 Op­di­vo’s rocky road at Bris­tol has led to end­less spec­u­la­tion that the com­pa­ny could find it­self on the auc­tion block be­fore it gets a chance to re­or­ga­nize in the clin­ic and come back in its head-to-head show­down with Mer­ck’s Keytru­da. But it is al­so rack­ing up bil­lions in an­nu­al sales of Op­di­vo, with a slate of new tri­als un­der­way. 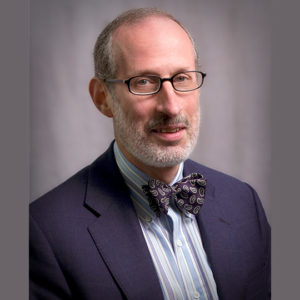 Physi­cians in the field, in­clud­ing the high pro­file Jef­frey We­ber at NYU Lan­gone, have been wait­ing to see how this one will shake out. And they’re get­ting the read­out a year ahead of sched­ule. In a pan­el chat with ex­perts in the field in the spring of 2016, he not­ed:

On the ba­sis of my own ex­pe­ri­ence with both drugs in pi­lot ad­ju­vant tri­als, I have a sus­pi­cion that nivolum­ab is go­ing to look bet­ter than ip­il­i­mum­ab. And the next fron­tier is what we’ve al­ready pi­lot­ed when I was at Mof­fitt and we’ll con­tin­ue at NYU, which is com­bi­na­tion ad­ju­vant ther­a­py. But be­cause of the tox­i­c­i­ty, we flipped the dos­es giv­ing one of ip­il­i­mum­ab and three of nivolum­ab, which is very well-tol­er­at­ed with a pret­ty good track record, ad­mit­ted­ly, in a small study. So, I think that we’ve gone from in­ter­fer­on, we’ll go to ip­il­i­mum­ab, we’ll go to nivolum­ab, and even­tu­al­ly end up at ip­il­i­mum­ab plus nivolum­ab, over the next five years, which brings us to where we’re go­ing in metasta­t­ic treat­ment. I think we’re go­ing to see triple com­bi­na­tions. On the one hand, it’s sci­en­tif­i­cal­ly fas­ci­nat­ing, ex­treme­ly com­plex with para­dox­i­cal­ly a bar that’s now so high, it’s go­ing to be very dif­fi­cult to get com­bi­na­tions ap­proved. You’re go­ing to need to see ma­jor in­cre­men­tal ad­van­tages, which I think you prob­a­bly will see with some of the drugs my col­leagues have men­tioned. But they’re al­so go­ing to be very ex­pen­sive, so phar­ma­coeco­nom­ics is al­so go­ing to play a huge role in what we do. Right now, I would es­ti­mate that the cost of ip­il­i­mum­ab plus nivolum­ab ther­a­py for a year is about $250,000. So, I would ask where does this all end?