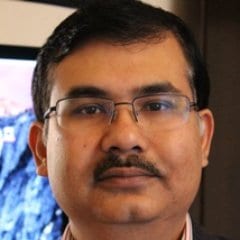 CBD casts a wide net be­cause it acts through en­do­cannabi­noid re­cep­tors; CB1 and CB2, as well as oth­er re­cep­tors, such as GPR18, GPR55, GPR 119, 5HT1A, and TR­PV2. This sug­gests ther­a­peu­tic val­ue in a pletho­ra of con­di­tions due to its neu­ro­pro­tec­tive and im­munomod­u­la­to­ry prop­er­ties.

Now, with a $1.2 mil­lion grant from Parkin­son’s UK, Bhat­tacharyya will lead the Parkin­son’s study, sched­uled to start in ear­ly 2020. There are cur­rent­ly 145,000 peo­ple liv­ing with Parkin­son’s in the Unit­ed King­dom, and da­ta sug­gest more than half will suf­fer from psy­chosis at some point.

Aca­dia’s $ACAD Nu­plazid was ap­proved in 2016, al­though an in­de­pen­dent pan­el to the FDA sug­gest­ed its ef­fi­ca­cy was not as ro­bust as it would have liked. It was al­so ap­proved with a black box warn­ing — which most an­tipsy­chotics car­ry — high­light­ing the high­er risk of death as­so­ci­at­ed with its use in the el­der­ly.