Look­ing to shake up the mar­ket for seizure and epilep­sy pa­tients, Xenon Phar­ma­ceu­ti­cals re­port­ed new topline da­ta Mon­day that earned a ring­ing en­dorse­ment from in­vestors.

The British Co­lum­bia-based biotech re­vealed its XEN1101 pro­gram passed a Phase IIb test at all three dos­es, pro­duc­ing high­ly sta­tis­ti­cal­ly sig­nif­i­cant re­sults at the mid-and high-dose lev­els. There’s no con­crete plan yet to com­mer­cial­ize the drug, as Xenon still needs to meet with the FDA, but the biotech not­ed it ex­pand­ed the study’s open-la­bel ex­ten­sion to three years to ob­tain more fol­low-up da­ta.

In re­sponse to the news, Xenon shares $XENE were trad­ing high­er by as much as 85% pre-mar­ket Tues­day. Af­ter the open­ing bell, Xenon stock was up by about 75% in ear­ly trad­ing.

Xenon high­light­ed that many adult fo­cal seizure pa­tients take many dif­fer­ent an­ti-seizure med­ica­tions, and about 50% of Phase IIb par­tic­i­pants were tak­ing at least three such drugs. The biotech is aim­ing to go af­ter this heav­i­ly treat­ed sec­tion of the mar­ket, again not­ing rough­ly half of these pa­tients con­tin­ue to ex­pe­ri­ence seizures af­ter ear­ly in­ter­ven­tions fail. 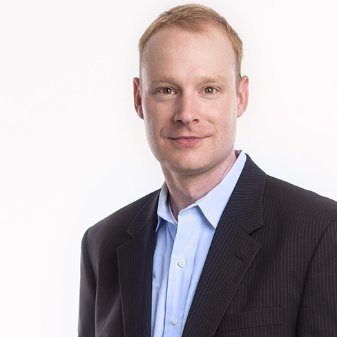 Safe­ty and tol­er­a­bil­i­ty al­so ap­peared good, Xenon said, with sim­i­lar rates of se­ri­ous side ef­fects re­port­ed across all dos­ing lev­els and place­bo. The biotech did note that two pa­tients tak­ing XEN1101 ex­pe­ri­enced uri­nary re­ten­tion and had to be moved to low­er dos­es, but the low over­all in­ci­dence rate fell in line with fore­casts. There were al­so no signs of pig­men­ta­tion, Xenon re­port­ed.

XEN1101 is clas­si­fied as an an­ti-epilep­tic drug with a mech­a­nism of ac­tion tar­get­ing the Kv7 potas­si­um chan­nel. It’s a path­way the biotech touts has long been val­i­dat­ed by the FDA, as it ap­proved ezo­gabine from Valeant and Glax­o­SmithK­line back in 2011.