Turns out, a web er­ror by a com­pa­ny con­trac­tor that tipped off in­vestors Cat­a­lyst Phar­ma­ceu­ti­cals’ $CPRX Fir­dapse had won ap­proval ear­li­er in the week of­fered alert traders a quick score. The for­mal no­tice that the FDA green-light­ed the treat­ment for the rare neu­ro­mus­cu­lar dis­ease came through Wednes­day evening.

On Tues­day, the com­pa­ny is­sued a state­ment say­ing it had not yet re­ceived word from the FDA on the sta­tus of its mar­ket­ing ap­pli­ca­tion, even though “a con­trac­tor work­ing on a web page un­in­ten­tion­al­ly al­lowed a live screen to be seen that re­flect­ed that the pos­si­ble ap­proval of the com­pa­ny’s NDA had al­ready been re­ceived.” 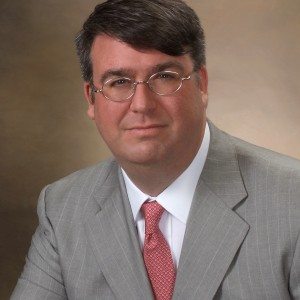 The drug, which is sold by Bio­Marin $BM­RN in Eu­rope where it has been ap­proved since 2009, was giv­en all the bells and whis­tles by the FDA — break­through ther­a­py sta­tus, or­phan drug des­ig­na­tion and pri­or­i­ty re­view — to has­ten its path to­ward ap­proval. But the Coral Gables, Flori­da-based biotech has not had an easy time push­ing for ap­proval – the com­pa­ny was forced to con­duct an ad­di­tion­al tri­al and  shrink its work­force by about third in 2016, af­ter the FDA deemed its mar­ket­ing ap­pli­ca­tion in­com­plete.

Fir­dapse brought in 18.8 mil­lion in Eu­ro­pean sales for Bio­Marin last year. But in the Unit­ed States, it is es­ti­mat­ed to bring in $375 mil­lion in 2025 for Cat­a­lyst, Sun­Trust Robin­son Humphrey’s Ed­ward Nash wrote in a note.