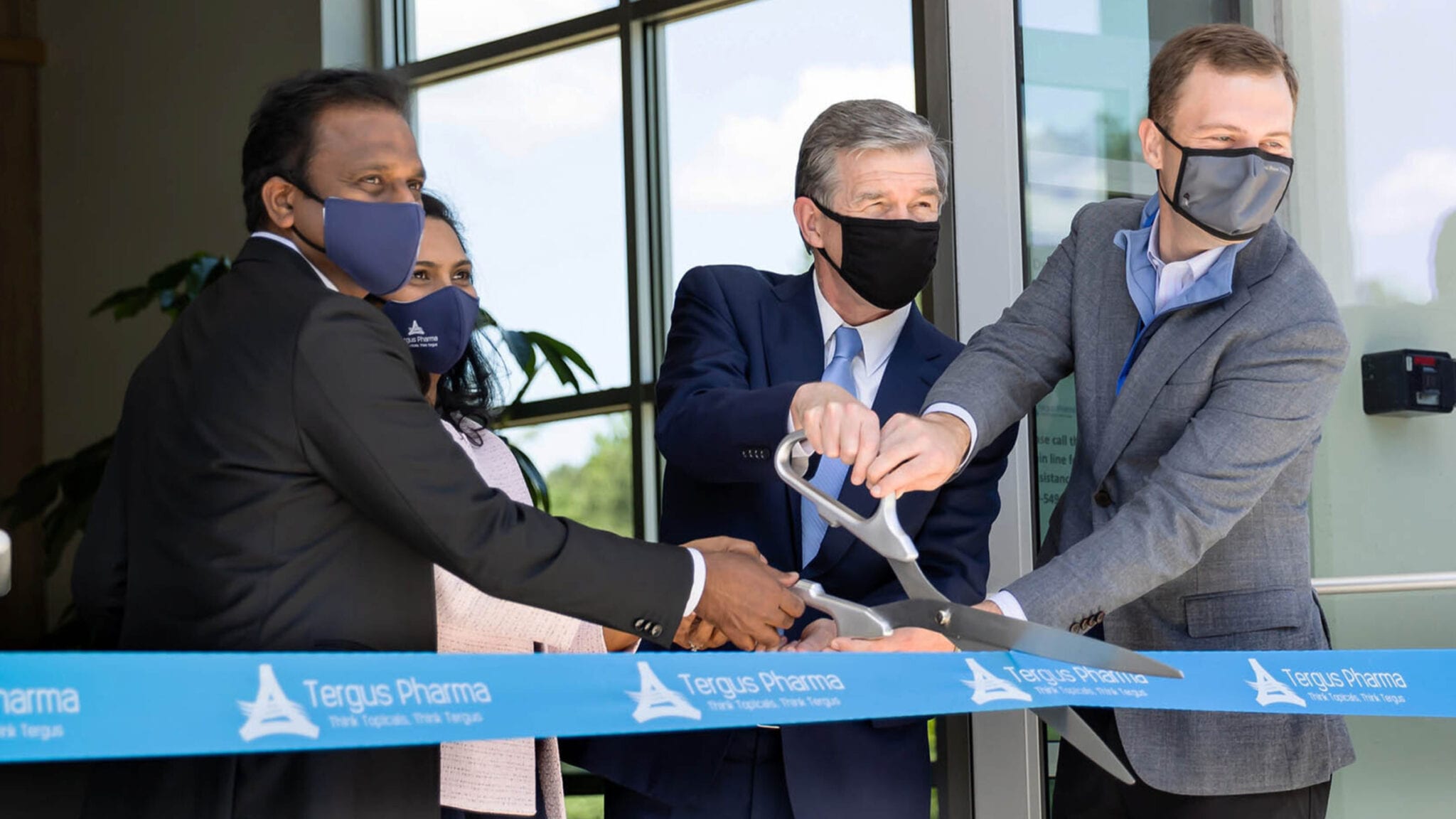 CD­MO Ter­gus cuts the rib­bon on Durham plant, lat­est in a line of com­pa­nies pack­ing in­to the emerg­ing NC hub

Among the fastest-grow­ing biotech hubs in the US, North Car­oli­na has seen a flur­ry of in­vest­ments from drug­mak­ers, par­tic­u­lar­ly con­tract man­u­fac­tur­ers. Now, an­oth­er CD­MO is plant­i­ng its flag near the Raleigh-Durham cor­ri­dor, lever­ag­ing the grow­ing brain trust in the area.

The Tar Heel State has turned in­to a re­cruit­ment ma­chine for the biotech in­dus­try — and that’s not an ac­ci­dent, Gov. Ray Coop­er said at the rib­bon cut­ting cer­e­mo­ny.

Ear­li­er this week, Chi­nese on­col­o­gy play­er CARs­gen Ther­a­peu­tics threw its hat in­to the North Car­oli­na ring, with the an­nounce­ment of two new sites in Raleigh-Durham, and the cre­ation of its first man­u­fac­tur­ing hub in the US. In April, In­vi­tae chose North Car­oli­na over Wash­ing­ton, DC; Boston; and Austin, Texas, drawn by the life sci­ences com­mu­ni­ty that In­vi­tae COO Ken Knight said will be easy to tap in­to for em­ploy­ees, and a need for a lo­ca­tion on the east coast of the US.

Be­fore that, CD­MO Abzena an­nounced the ad­di­tion of a new fa­cil­i­ty, and Fu­ji­film Diosynth and Bio­gen too. Those are just the deals that have been an­nounced with­in the last two months.

“We’re on a hot streak, folks,” Coop­er said at the Ter­gus cer­e­mo­ny. “And it’s go­ing to keep go­ing as long as we can keep the tal­ent­ed work­force avail­able for com­pa­nies like this that are grow­ing and thriv­ing in North Car­oli­na.”

CD­MO Ter­gus cuts the rib­bon on Durham plant, lat­est in a line of com­pa­nies pack­ing in­to the emerg­ing NC hub