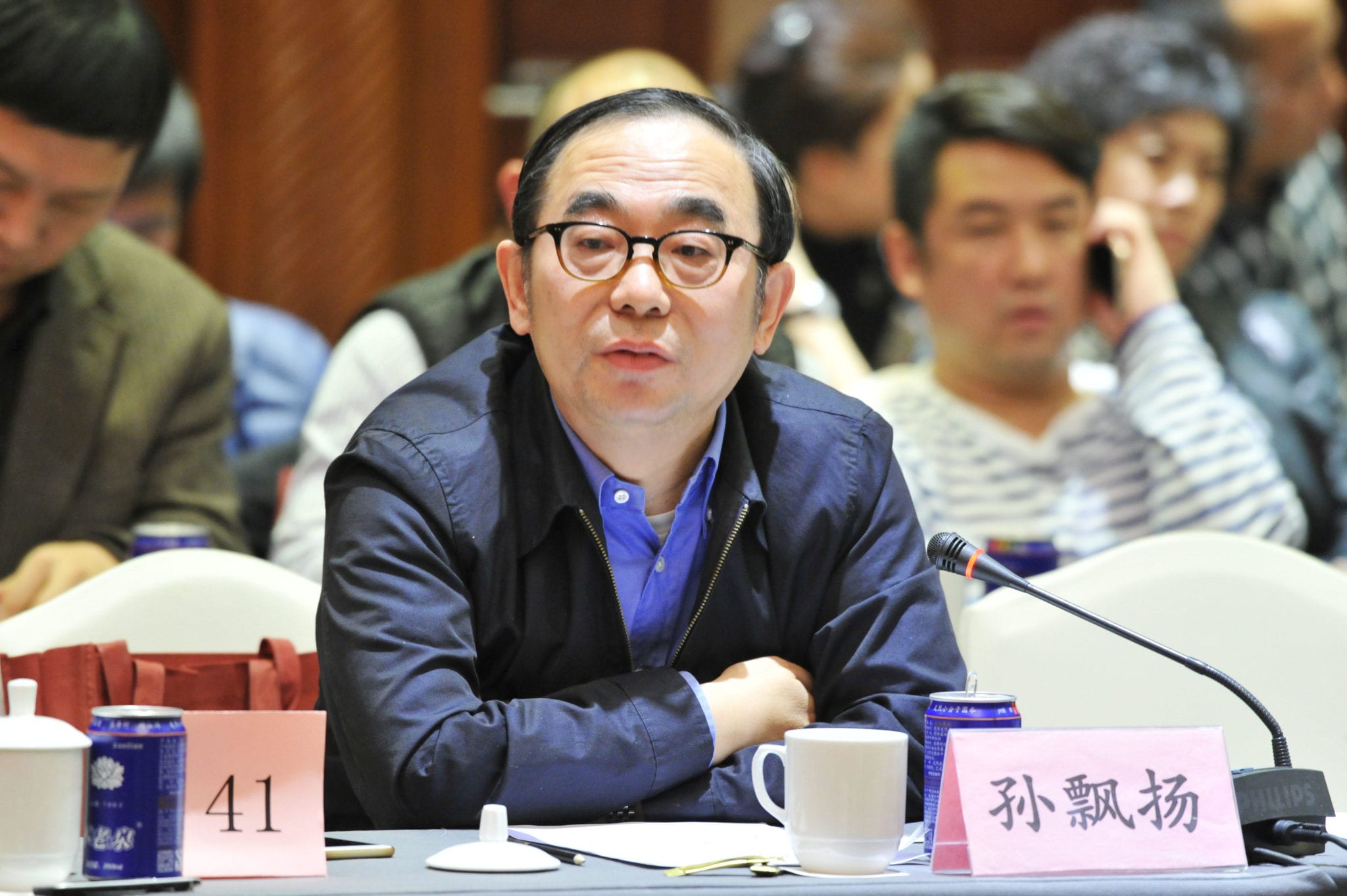 The bil­lion­aire is hand­ing over the chair­man role to Zhou Yun­shu, his right-hand man and pres­i­dent of the com­pa­ny, Hen­grui said in a state­ment. But Sun will stay on the board and con­tin­ue to lead the strat­e­gy com­mit­tee.

As the chair­man of the par­ent com­pa­ny, Sun al­so re­mains the biggest share­hold­er of Hen­grui.

With a for­tune of $25.8 bil­lion, Sun was ranked the fourth rich­est man in Chi­na on Forbes’ 2019 list. He shared the spot and the wealth with Hui­juan Zhong, his wife and fel­low phar­ma ty­coon: Zhong chairs Han­soh Phar­ma, which raised $1 bil­lion in its Hong Kong IPO last sum­mer.

Like Han­soh, Hen­grui boasts of a stream of rev­enue from its gener­ic drugs — which would have been con­sid­ered “new” in Chi­na three decades ago when the in­dus­try was bare­ly able to keep up with ba­sic man­u­fac­tur­ing stan­dards. In 1990, at age 32, Sun took over one such com­pa­ny then known as Lianyun­gang.

“Back then the plant was filled with com­mon drugs like spi­ramycin and ery­thromycin which cost 1 cent per pill and earned us a tenth of that,” Sun re­flect­ed at a 2019 con­fer­ence.

He be­gan squeez­ing his bud­get for more so­phis­ti­cat­ed me-too drug R&D and the rest is his­to­ry.

That sec­ond tran­si­tion in­to nov­el drug de­vel­op­ment at­tract­ed the at­ten­tion of In­cyte, which in 2015 hand­ed over $25 mil­lion up­front for its home­grown PD-1 in­hibitor. While Hen­grui didn’t dis­ap­point in bring­ing one of the first do­mes­tic biotechs to score Chi­nese ap­proval for a check­point — cam­re­lizum­ab was the third, to be pre­cise — In­cyte turned to a new PD-1 part­ner af­ter find­ing that Hen­grui’s drug was tied to a side ef­fect. Though these small, non-can­cer­ous vas­cu­lar skin growths were mild, it made cam­re­lizum­ab un­ap­peal­ing in a high­ly com­pet­i­tive field.

Hen­grui forged ahead with com­mer­cial­iza­tion, mar­ket­ing the ther­a­py to pa­tients with third-line clas­si­cal Hodgkin’s lym­phoma at a rel­a­tive­ly high stick­er price of RMB$19,800 (around $2800) but an ag­gres­sive dis­count for low-in­come pa­tients.

“Each generation needs a new music,” Francis Crick wrote in 1988, reflecting back on his landmark discovery. Crick was 35, then, in 1953, when he began working with a 23-year-old named James Watson, and 37 when the pair unveiled the double helix. Rosalind Franklin, whose diffraction work undergirded their metal model, was 32.

The model would become the score for a new era in biology, one devoted to cracking the basic structures turning inside life. Subsequent years would bring new conductors and new rhythms: Robert Swanson, 29 when he convinced a 39-year-old Herb Boyer to build a company off his work and call it Genentech; Phillip Sharp, 29 when he discovered RNA splicing and 34 when he co-founded Biogen; Frances Arnold, 36 when she pioneered directed evolution; Feng Zhang, 31 when he published his CRISPR paper.

A few days ago the FDA touted a procedure for Covid-19 meds that committed the agency to immediate action for developers, formalizing a high-speed response that’s been promised for weeks.

Decisions that once required months would be measured in hours under the Coronavirus Treatment Acceleration Program. “In many cases” trial protocols could be hammered out in less than a single day. If you had a potential solution to the crisis, the appropriate staffer would be in touch “to get studies underway quickly.”

It would be the ultimate high-speed regulatory pathway from Phase I to approval. Red tape was banished.

But it’s clear that for some — and quite likely many — biopharma execs, the actual agency response has not measured up to the promise. Beyond the front ranks of advanced companies in the field, like Gilead, or for drugs endorsed by President Trump, it may not even come close.

“The first response is this form letter everyone gets,” says one biotech CEO who’s reached out to the FDA on Covid-19. And when you try to cut through that, the ball gets dropped as it is passed from top officials to the frontline staff actually charged with getting things done.

GlaxoSmithKline is diving straight into the swirling waters of Covid-19 R&D work, and investing $250 million to grab a chunk of equity in one of the emerging stars in infectious disease research to make it official.

GSK put out word this morning that it is partnering with Vir Biotechnology $VIR, the infectious disease startup founded in the Bay Area by former Biogen CEO George Scangos. They’re planning a leap into Phase II studies for 2 preclinical antibody candidates — VIR-7831 and VIR-7832 — that have been engineered to target the SARS-CoV-2 spike protein.

More than a year ago, hit by a surprise complete response letter from the FDA, Immunomedics bid its then-CEO, Michael Pehl, adieu and began a 15-month quest to resolve the manufacturing issues cited in the CRL and seek a new leader — all the while moving forward with a Phase III study on its lead drug for metastatic triple-negative breast cancer.

Today the biotech said their stars are finally aligning. Not only is Novartis Oncology vet Harout Semerjian coming on board as CEO to steer what they believe will be a smooth sail to a new PDUFA date in June, Immunomedics has also been informed that their late-stage trial can be stopped early due to “compelling evidence of efficacy.”

The company swallowed Seattle-based Just Biotherapeutics, a company focused on reducing the cost of manufacturing protein therapies last year. It is now setting up a dedicated R&D site for gene therapies in Austria, in an effort to achieve a “modality-agnostic” repertoire — small molecules, biologics and now gene therapies.

Four months after an intercontinental merger, Menlo Therapeutics is counting yet another pair of trial failures — ones with significant consequences for the companies, their shareholders and the drug.

In two pivotal Phase III trials, Menlo’s lead drug serlopitant failed to treat pruritus associated with prurigo nodularis — basically itchiness from a particular skin disease that causes red lesions on a person’s arms or legs. Serlopitant has long been the company’s only drug and as recently as 2018, it looked promising enough to support a stock price of $37. In April of that year, a Phase II failure demolished the stock price overnight: $35 to $9. Other subsequent stumbles trickled the ticker down to just above $2.

John Maraganore and Douglas Fambrough used to be at each other’s throats as Alnylam pursued claims that its RNAi rivals at Dicerna had improperly purloined the IP it had picked up from Merck in a bargain basement fire sale.

But that was all settled up close to 2 years ago with a settlement from Dicerna’s Fambrough. And now the two are moving ahead in a close R&D partnership that makes them collaborators on a couple of key disease targets.