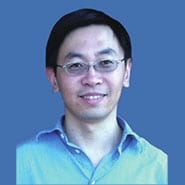 Mab­works made an ap­pear­ance on the in­ter­na­tion­al stage back in 2015 for its role in man­u­fac­tur­ing an Ebo­la an­ti­body that was used to treat two pa­tients. That drug, MIL77, re­mains one of three drugs tout­ed on the front page of the com­pa­ny’s web­site; the oth­er two are an­ti­bod­ies that tar­get HER2 and CD20, re­spec­tive­ly.

“We will fur­ther ex­pe­dite our ca­pac­i­ty in the emerg­ing mar­ket, to pro­vide af­ford­able drugs for Chi­nese pa­tients suf­fer­ing from can­cers and au­toim­mune dis­eases,” CEO Feng Li, who worked for Am­gen and Genen­tech be­fore start­ing Mab­works in 2011, said in a state­ment as re­port­ed by Deal­Stree­tA­sia. “Al­so, we do ex­pect we can be more com­pet­i­tive by nav­i­gat­ing the ad­van­tages in macro­mol­e­cules re­search and part­ner­ships with in­sti­tu­tions.”