Short­ly af­ter Sir­naomics brought in a $47 mil­lion Se­ries C for its small in­ter­fer­ing RNA pipeline last year, Patrick Lu — the founder, pres­i­dent and CEO — was asked to out­line the sci­en­tif­ic ad­vances that will be nec­es­sary to make bet­ter drugs out of RNA tech. 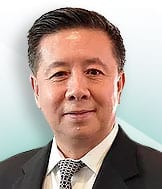 “The next step in the evo­lu­tion of RNAi as a lead­ing ther­a­peu­tic will be the abil­i­ty to safe­ly tar­get or­gans out­side the liv­er such as lung, brain, etc,” he had of­fered. “This will rev­o­lu­tion­ize dis­ease treat­ments if the in­dus­try can demon­strate sim­i­lar da­ta sets for non-liv­er tar­gets as we have seen in liv­er-based dis­eases.”

“The com­pa­ny is the on­ly bio­phar­ma ven­ture con­duct­ing in­no­v­a­tive R&D and clin­i­cal de­vel­op­ment in the field of RNAi ther­a­peu­tics in both the US and Chi­na, the two largest mar­kets for can­cer and fi­bro­sis dis­ease treat­ments,” Don­ald (Xi­aochang) Dai, man­ag­ing part­ner of Ro­tat­ing Boul­der Fund, not­ed in a state­ment.