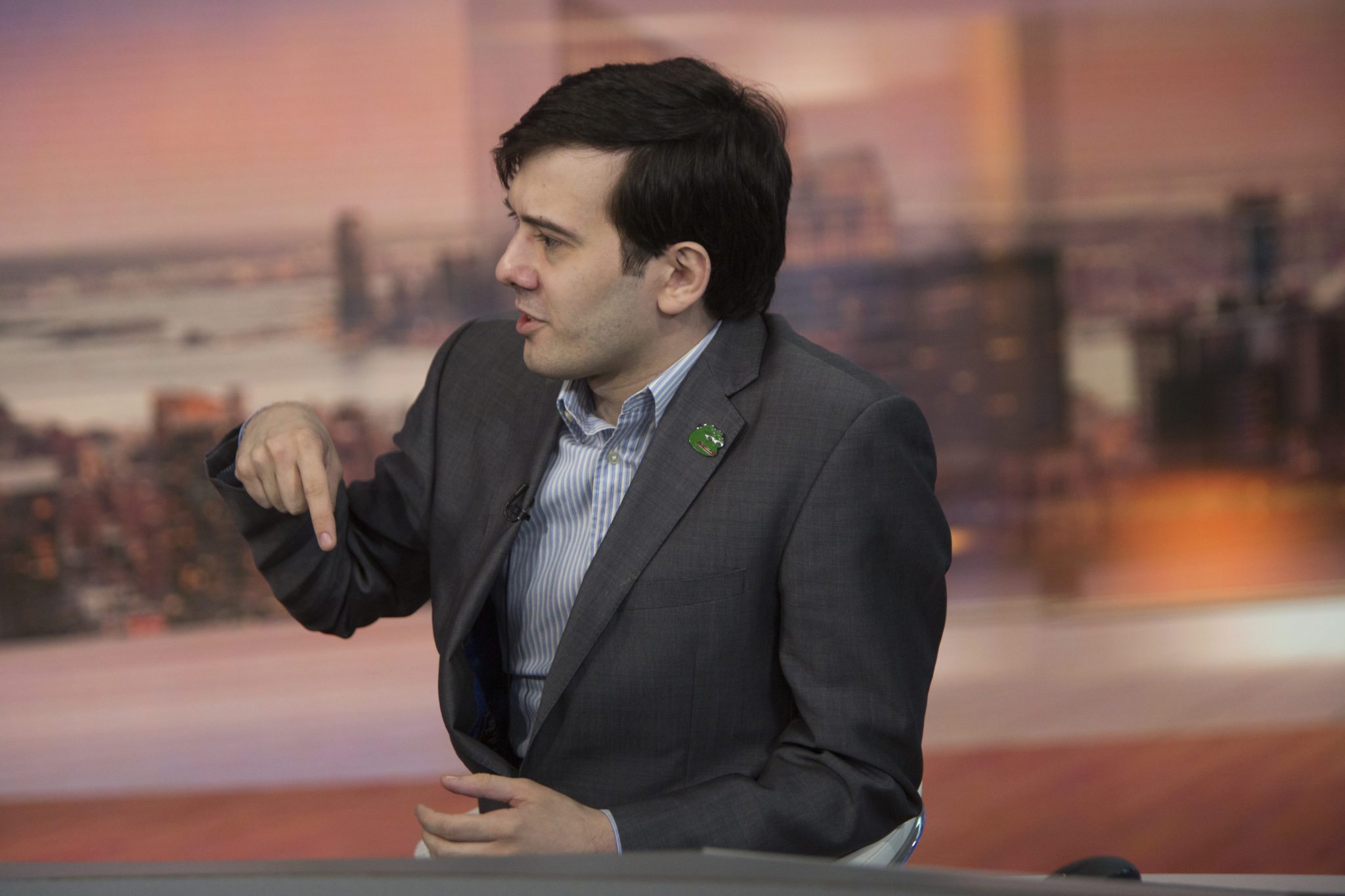 Con­fi­dent he’ll be ex­on­er­at­ed on fraud charges, Mar­tin Shkre­li is work­ing on an­oth­er at­tempt to “shock and awe”

Mar­tin Shkre­li has a date with pro­s­ec­tors at the fed­er­al cour­t­house in two months, but the no­to­ri­ous biotech en­tre­pre­neur still has time to talk with re­porters. And it turns out he’s work­ing on yet an­oth­er biotech start­up as his lawyers pre­pare to de­fend him on crim­i­nal fraud charges.

“I think they’ll re­turn a not-guilty ver­dict in two hours,” he told Kol­hatkar. “There are go­ing to be ju­rors who will be fans of mine. I walk down the streets of New York and peo­ple shake my hand. They say, ‘I want to be just like you.’”

Shkre­li nev­er has faced more than a scold­ing from law­mak­ers for the 5000% hike in the price of Dara­prim, an old drug he ac­quired af­ter found­ing Tur­ing. Caught in the bright glare of a scan­dal, on­line mobs shriek­ing dig­i­tal abuse, Shkre­li turned ob­scene­ly de­fi­ant on Twit­ter — which lat­er banned him — and nev­er did back down from the price. He was forced to give up the CEO’s job af­ter the fraud charges hit.

In the in­ter­view he men­tioned a new biotech soft­ware com­pa­ny he is hatch­ing. This new ven­ture is called Gödel Sys­tems, but he’s stingy on de­tails.

Ac­cord­ing to a re­cent SEC fil­ing, Shkre­li and his con­fed­er­ates have raised $50,000 of a $1 mil­lion raise, lunch mon­ey com­pared to the larg­er sums raised for Tur­ing and his first start­up, Retrophin, which sued him.

He is, though, hap­py to pre­dict the stun­ning im­pact it will have.

Af­ter we pub­lished on Wednes­day, Shkre­li sent me a re­ply. See­ing as he’s been banned from Twit­ter, it seems on­ly fair to add it here:

Con­fi­dent he’ll be ex­on­er­at­ed on fraud charges, Mar­tin Shkre­li is work­ing on an­oth­er at­tempt to “shock and awe”