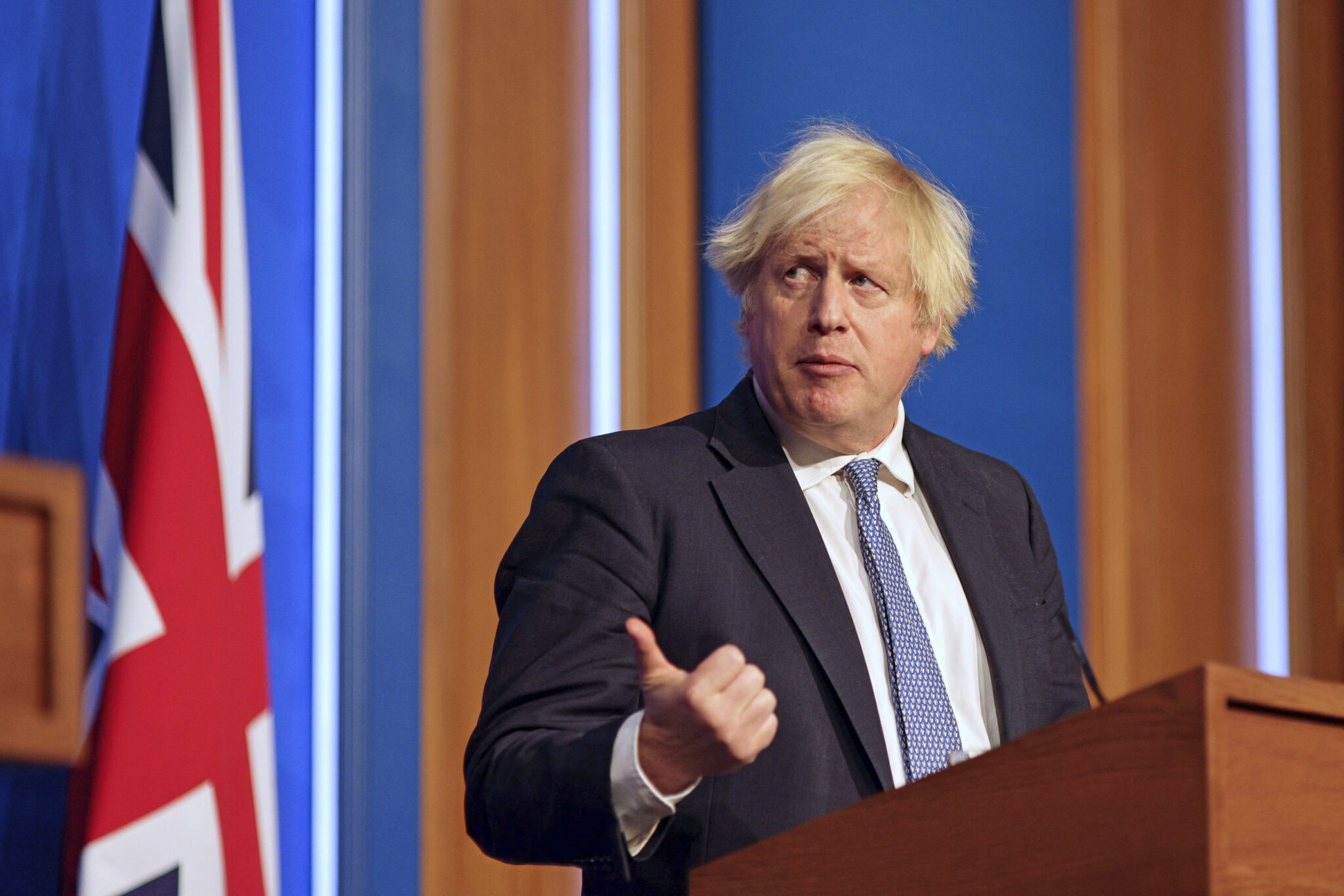 Boris Johnson at a press conference Dec. 8, after discussions on restrictions as a result of the Omicron variant (Adrian Dennis/Pool via AP Images)
December 10, 2021 07:24 AM EST
Coronavirus

Covid-19 roundup: UK preps for a wave of Omi­cron cas­es; Bourla sug­gests a fourth dose might be nec­es­sary

With re­ports of Omi­cron cas­es in over 50 coun­tries, and at least 19 US states, some re­gions like the UK are now ex­pect­ing a rapid rise of Omi­cron as com­mu­ni­ty spread takes off.

While the UK has on­ly seen about 800 Omi­cron cas­es so far, the gov­ern­ment’s Health Se­cu­ri­ty Agency warned that if the re­cent growth rate con­tin­ues, “we ex­pect to see at least 50 per­cent of Covid-19 cas­es to be caused by the Omi­cron vari­ant in the next two to four weeks,” ac­cord­ing to the New York Times.

Ed­munds told a Roy­al So­ci­ety of Med­i­cine we­bi­nar Thurs­day that it was “ex­treme­ly like­ly” there’s more Omi­cron in com­mu­ni­ties, adding, “With the speed of spread of this virus, we may well have re­al­ly sig­nif­i­cant num­bers of cas­es by Christ­mas.”

Mean­while, CDC di­rec­tor Rochelle Walen­sky said Wednes­day that her staff is “avail­able 24/7, as they have been through­out this en­tire pan­dem­ic, to pro­vide in-per­son and re­mote tech­ni­cal sup­port for the pub­lic health re­sponse to the Omi­cron vari­ant, in­clud­ing in­ves­ti­ga­tions of the epi­demi­o­log­ic and clin­i­cal char­ac­ter­is­tics of Omi­cron or oth­er SARS-CoV-2 in­fec­tions.”

“When we see re­al-world da­ta, will de­ter­mine if the Omi­cron is well cov­ered by the third dose and for how long. And the sec­ond point, I think we will need a fourth dose,” Bourla said. Al­though, Bourla’s opin­ion is con­flict­ed by his po­si­tion and ob­vi­ous in­ter­est in sell­ing as many vac­cine dos­es as pos­si­ble.

Bourla pre­vi­ous­ly said that a fourth dose like­ly wouldn’t be need­ed un­til a year af­ter the third, but he said this new, faster time­line is be­cause of Omi­cron.

The push comes as Fau­ci has al­so now in­di­cat­ed that an Omi­cron-tar­get­ed vac­cine might not be nec­es­sary.

While stress­ing that he was hy­poth­e­siz­ing, Fau­ci sug­gest­ed in an in­ter­view with STAT News that it’s pos­si­ble the cur­rent vac­cines will pro­vide enough pro­tec­tion against Omi­cron.

Covid-19 roundup: UK preps for a wave of Omi­cron cas­es; Bourla sug­gests a fourth dose might be nec­es­sary